The architectural complex of the present Town Hall

The recent Town Hall was built gradually as a complex of school buildings in the late 19th and 20th century. At the end of the 19 century several types of schools, but with an insufficient capacity for pupils existed at the village Sunychl-Bohumín- train station (current Novy Bohumin). Therefore, the administration of the former town decided to build a new school and to support its building by the amount of 10 thousand quid.  The  building was chosen for a plot of Count Larisch-Mönnich, that was adjacent with his other parcel where the Catholic Church was just being built, and the town had paid for it over three thousand quid. The building was submitted to a local builder Joseph Berger for 42 thousand quid on 15th May, 1893. Other work concerning the equipment of this building was submitted to other various businessmen. The total amount set apart for the construction of this school was 52 thousand quid. The budget, however, was not kept because only the builder finally received 44 quid. Till the end of 1893 the construction was roofed and finally completed in spring 1894. The consecration ceremony was held on 16th September, 1894.

Four years later it was evident that the school premises were again insufficient due to the growing number of pupils. In 1898 the apartments of the school janitor and interim teacher had to be adapted to two classrooms, and in the same school year the school evicted to a town council one room for its administrative work. Generally nine classes were placed there and one classroom was still missing. At that time 632 pupils and students were attending the school. This original school creates a left-hand corner of the current Town Hall with a front to the Catholic Church and forming half of the current front building chain of the Town Hall on the square of T.G. Masaryk.

Because of the insufficient school capacity, in 1898 first and by far not the last annex of building towards the future T.G. M. square was started. This extension had the front wing on the square and partly interfered even into Seifertova street. Neither this extension was sufficient, so that’s why in 1903, another school extension with four classrooms and some auxiliary rooms was completed. The completion ended the current front of the building down the street Seifertova, stretching to back mid-front building on the current Husova street.

In the academic school year 1905-1906 the newly established German burgess school was located in this building as well. By the establishment of the burgess school there was again a lack of school space, and so in 1907 the third extension was made along Husova Street. Neither this extension was sufficient again, therefore in 1914 the fourth and the last extension was built. It closed so far the incomplete building into one rectangle building complex from the corner of Husova Street, along the Catholic Church till the first original school building dated back to 1893 -1894. The costs of the three previous extensions were not registered, concerning the fourth completion it’s known that it cost 72 thousand quid.

In 1911, the village Sunychl-Bohumin -station founded a Grammar school with tuition in German language. It was placed in the first school building from 1893 -1894 on the corner of the T.G. Masaryk square. The first class (prima) of this high school consisted of 36 boys and 4 girls and was opened on 15th September, 1911.  The headmaster of the school became Francis Günzel. This school belonged to the village. Since September of the school year 1912 -1913 the second class (second) was opened.

In next subsequent years other high school classes were gradually opened. In 1918 it was an octave. The first school-leaving examinations at the school were held in 1919. The Grammar school was nationalized on 20th December, 1920. How did this high school gradually expand, so was expelling students of both - the general and burgess schools from the first extension of the school building from1898 and in the school year 1924 -1925 it already occupied the entire front of the current Town Hall in a direction to T.G. Masaryk Square, with 13 classrooms and 8 auxiliary rooms. This school year, 419 male-students and 89 female-students attended the German Government Reform Grammar School.

The current Town Hall building was used by the German school until 1940. Then a new administrative district Novy Bohumin-province was appointed on 1st April, 1940, to which all previously separate villages in Bohumin belonged. In this situation, the former German Mayor of Novy Bohumin decided to relocate the existing Town Hall office into the building on recent T.G. Masaryk square, to the adjacent school building. Schools then moved into the buildings instead of these cancelled Czech schools. The former school buildings were repaired thoroughly, the low-costs steam heating was implemented there, various counters in the former classrooms were removed and the shabby wooden floor was replaced. It required 77 thousand crowns. The former school building complex was turned into a Town Hall which exists up the present. 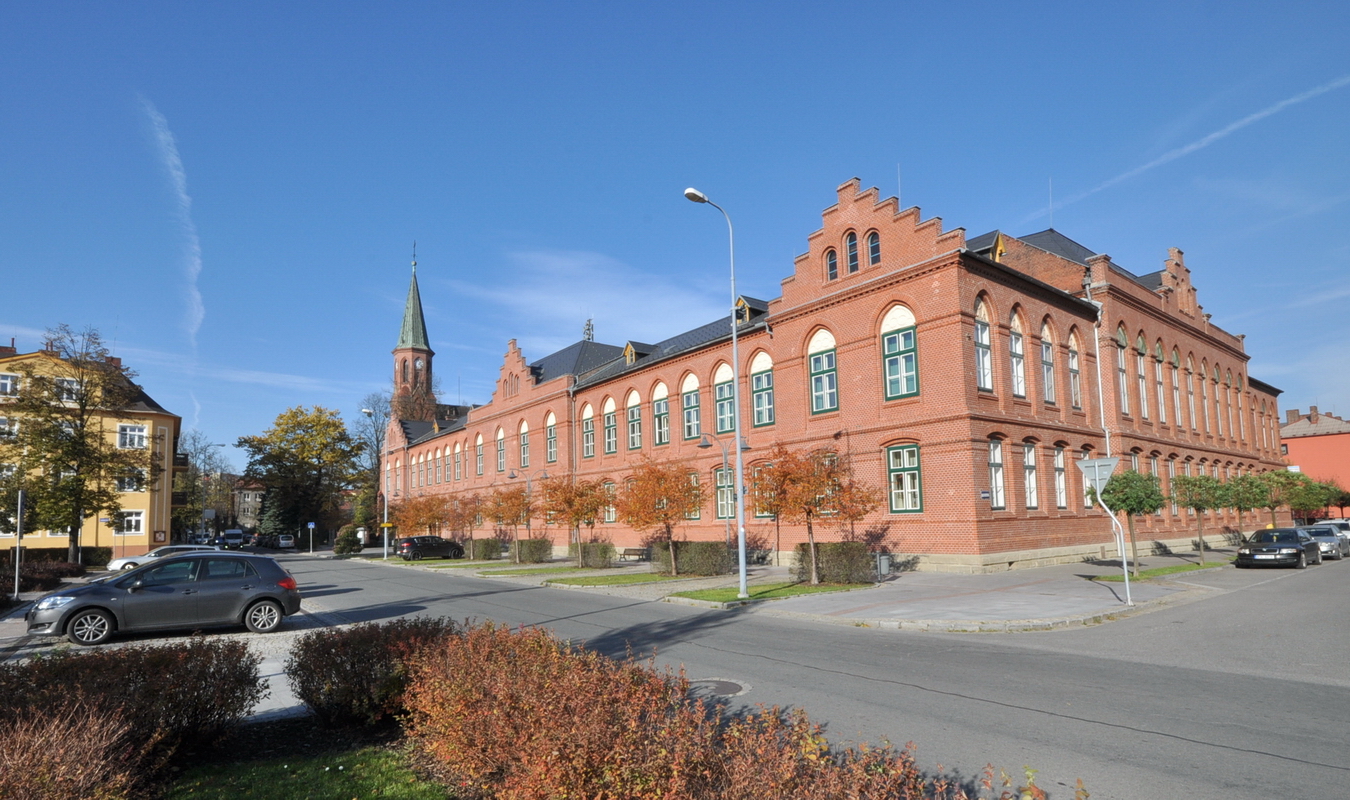 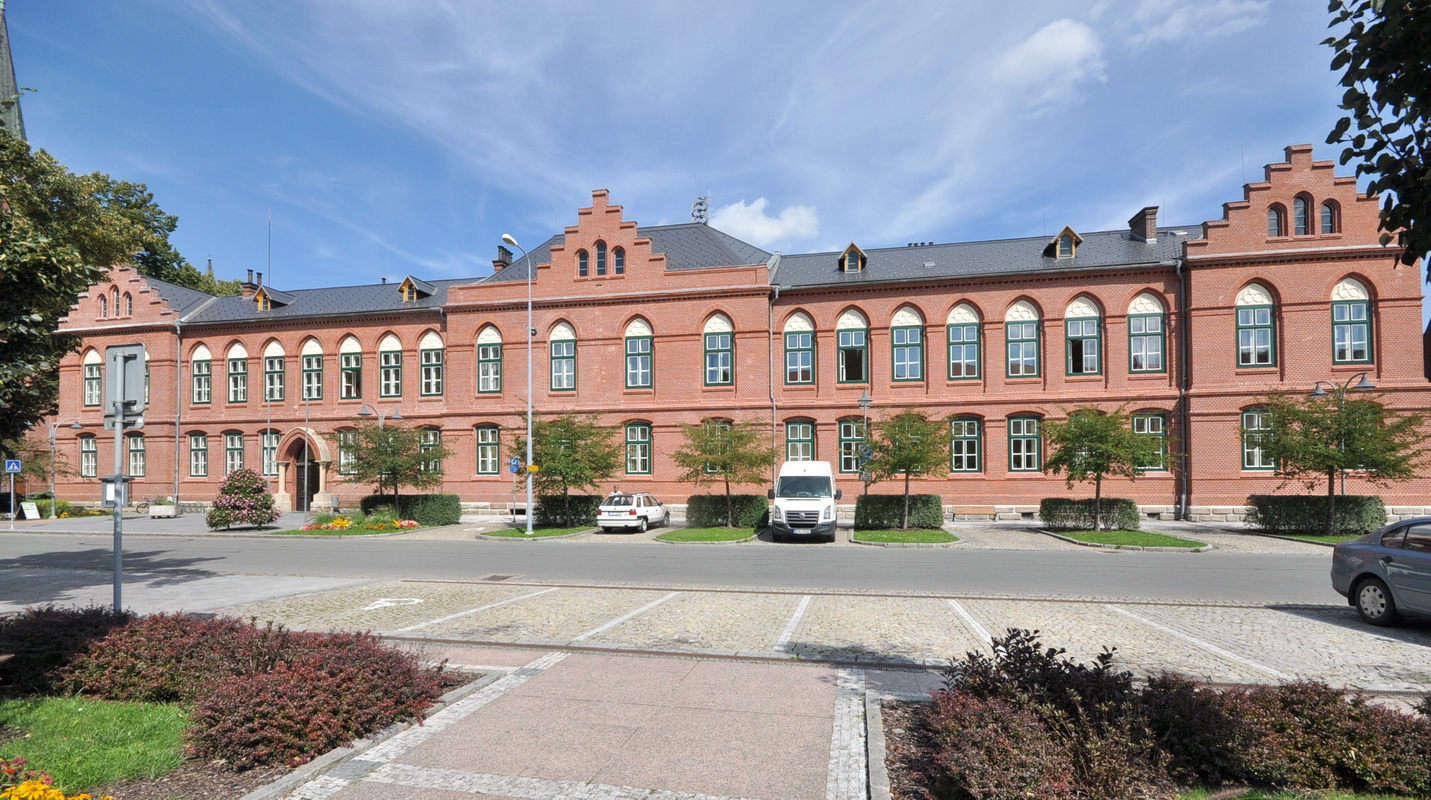 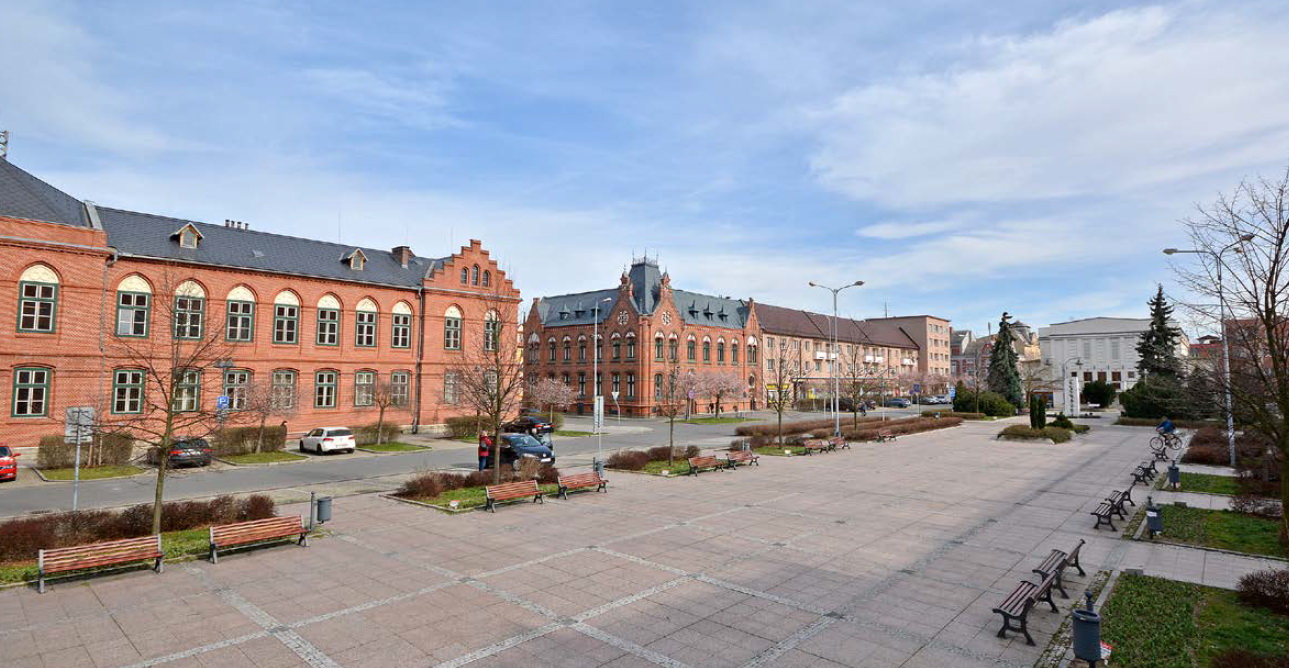 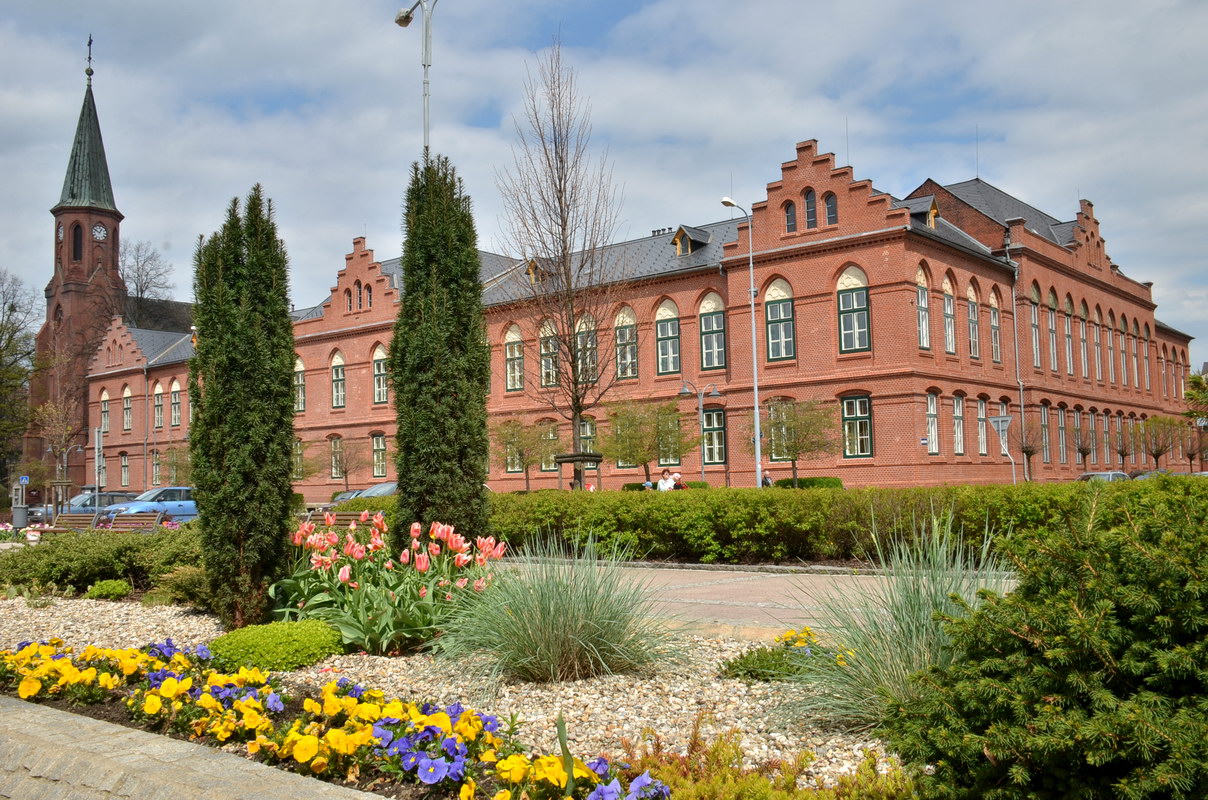 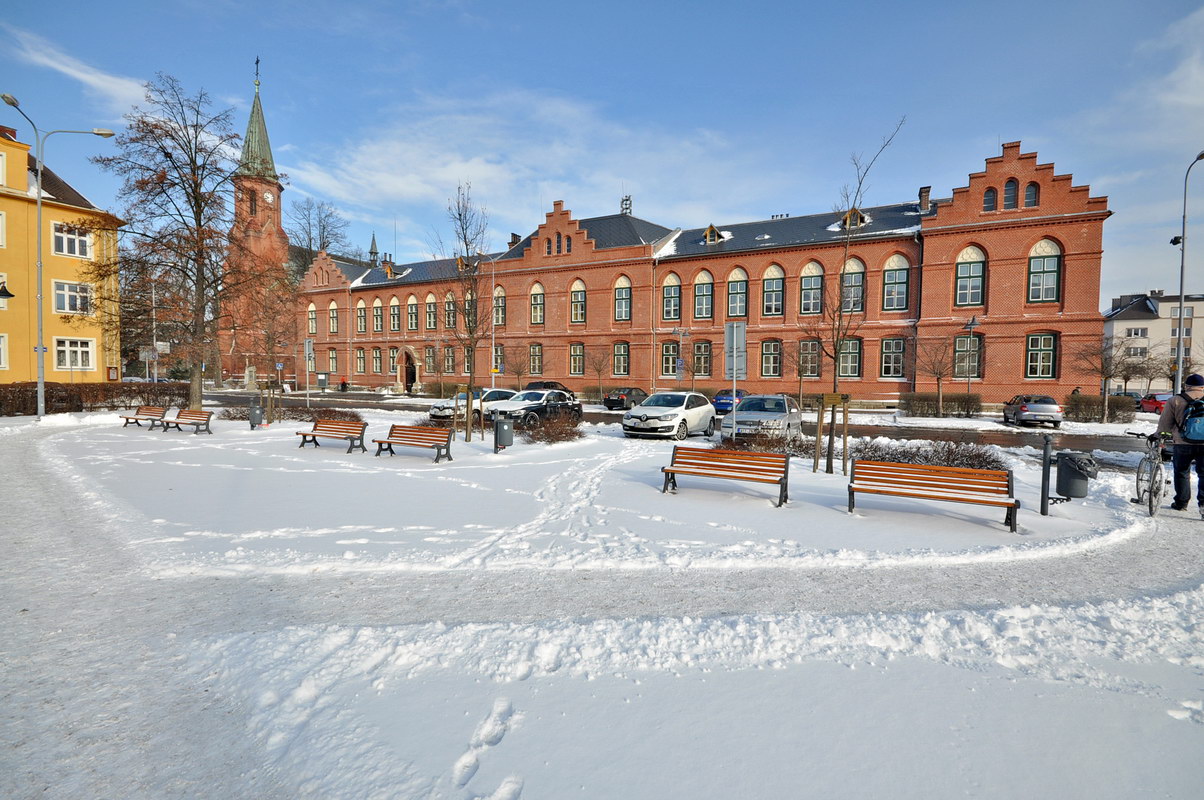 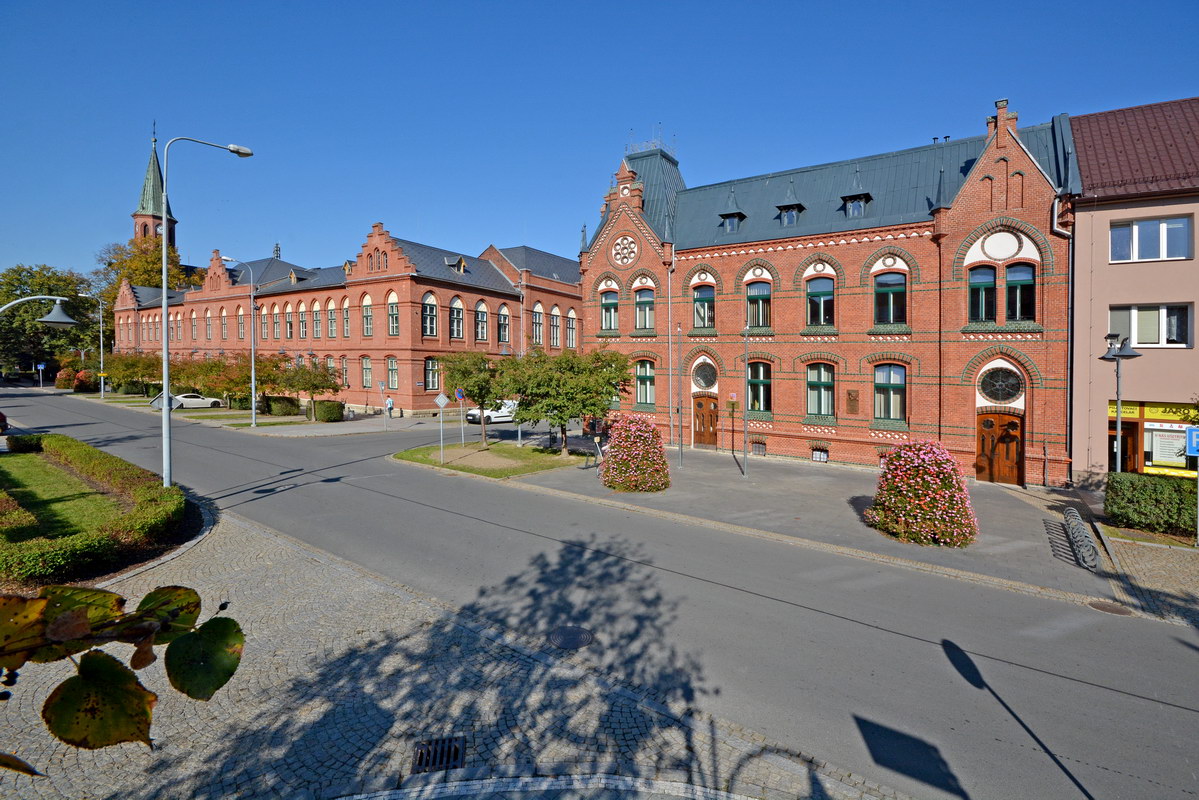 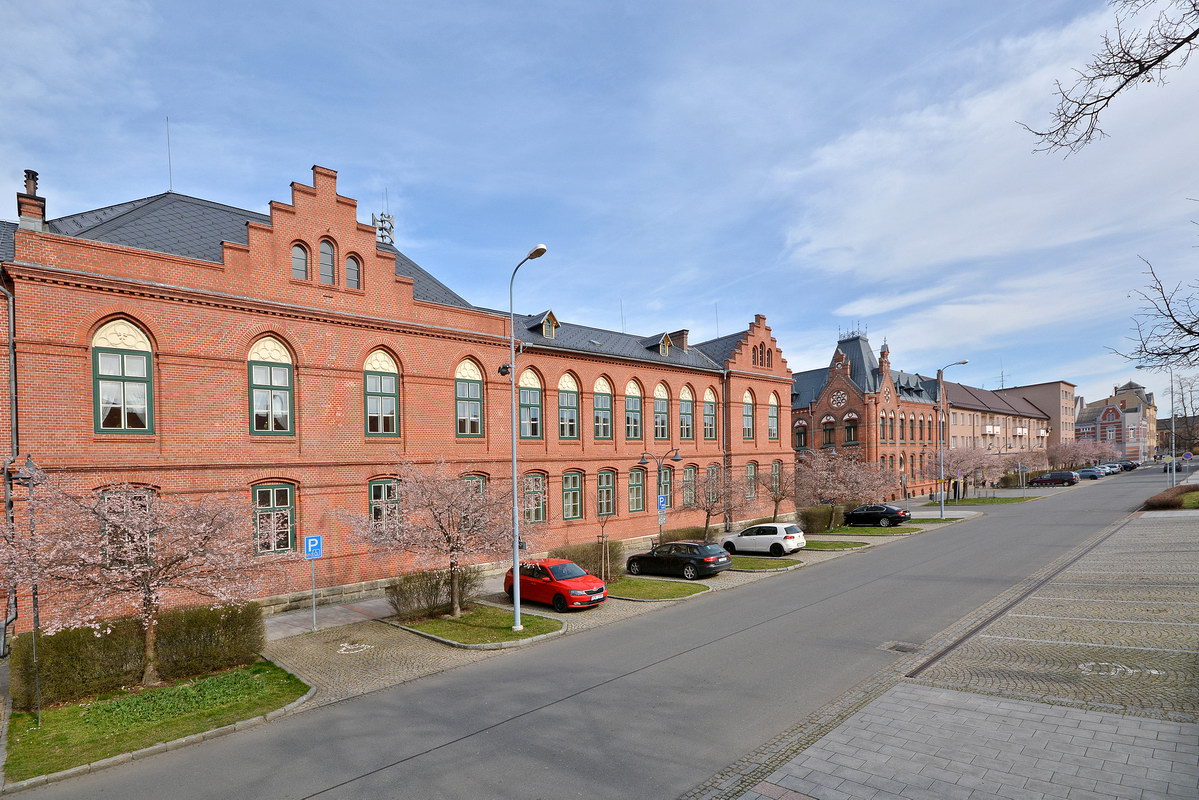 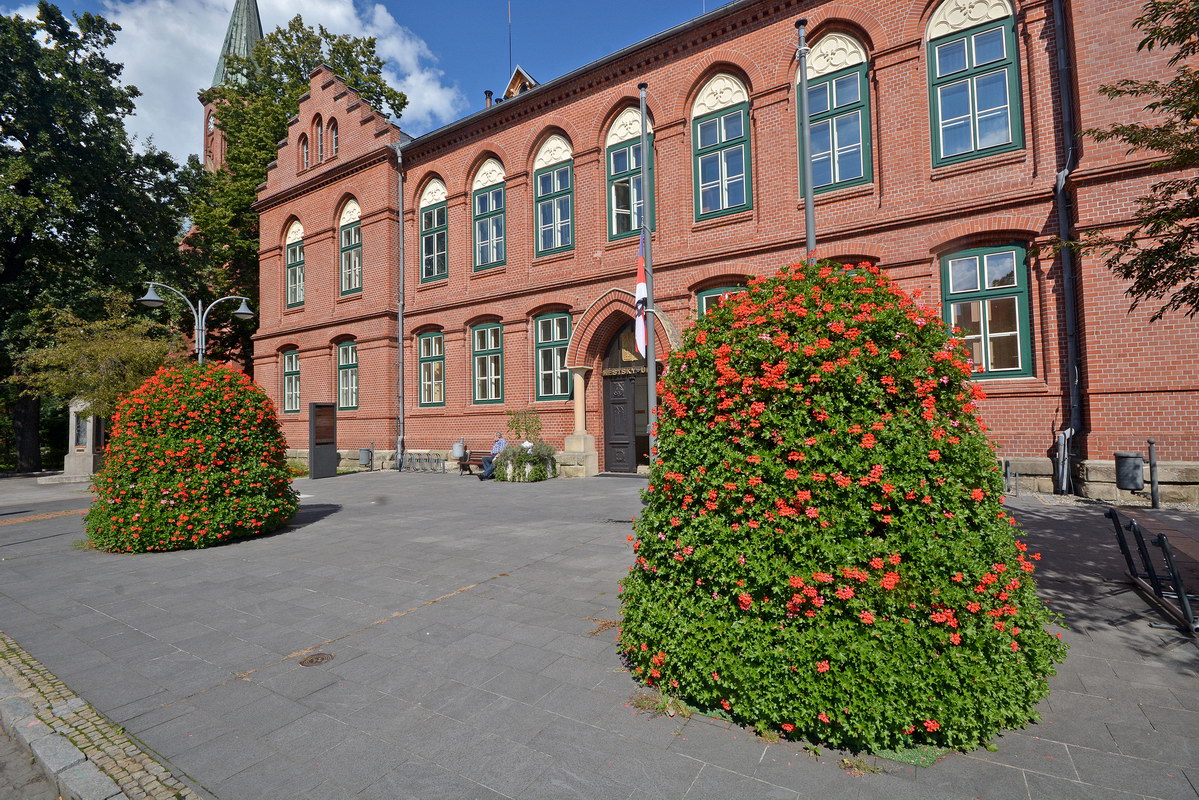 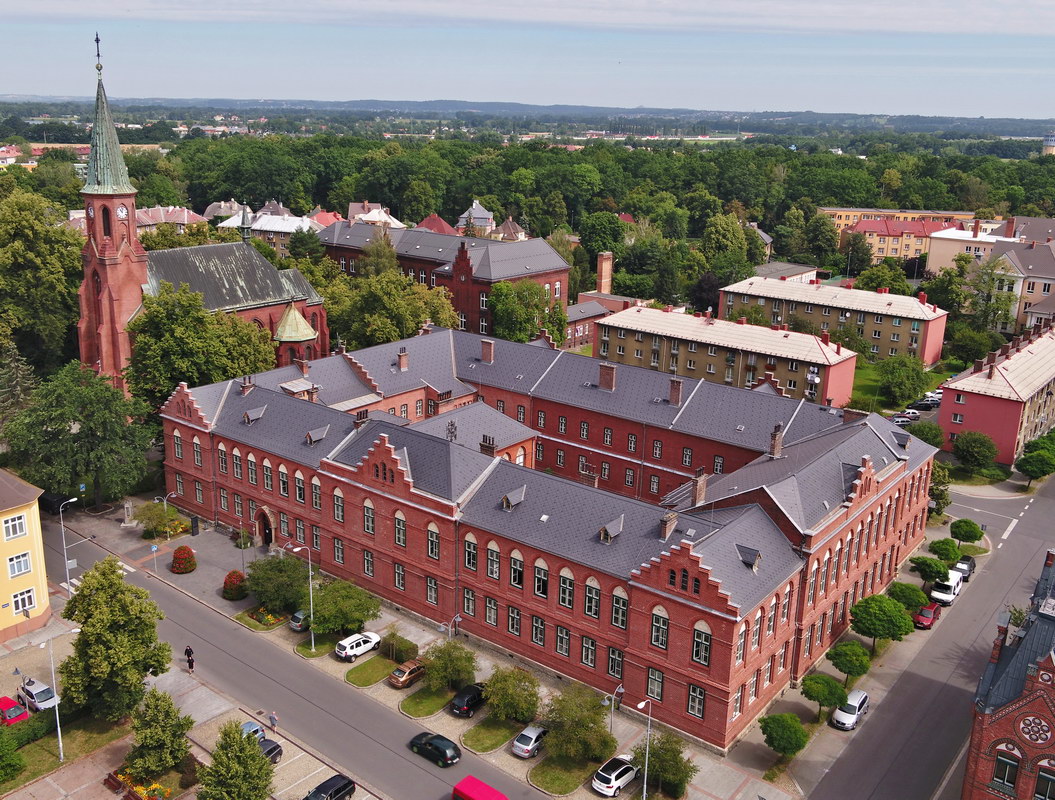 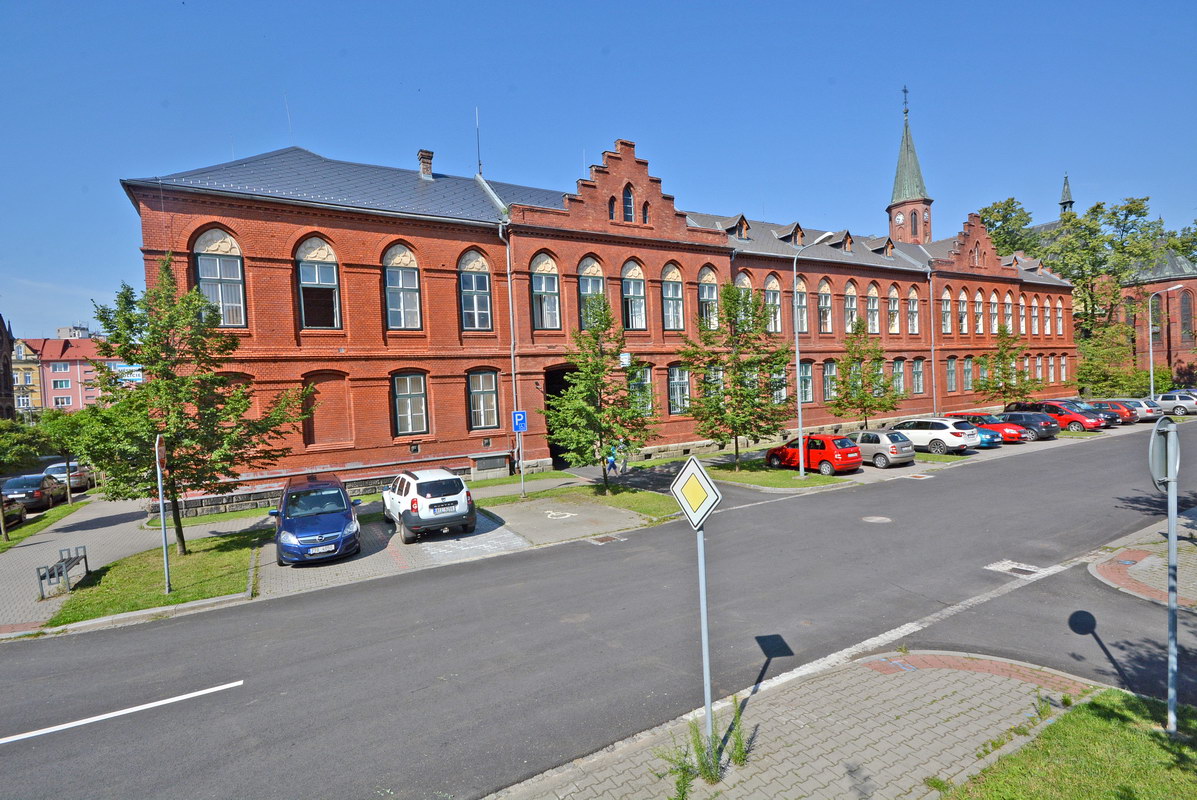 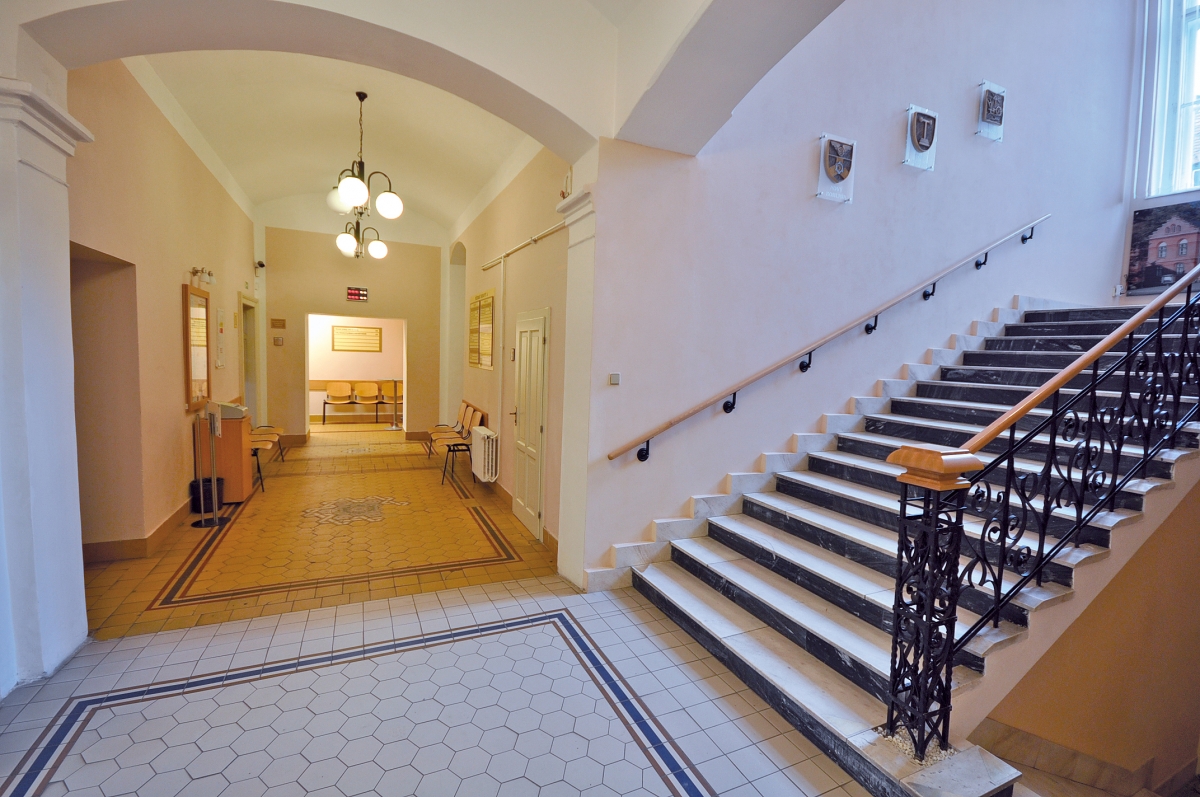 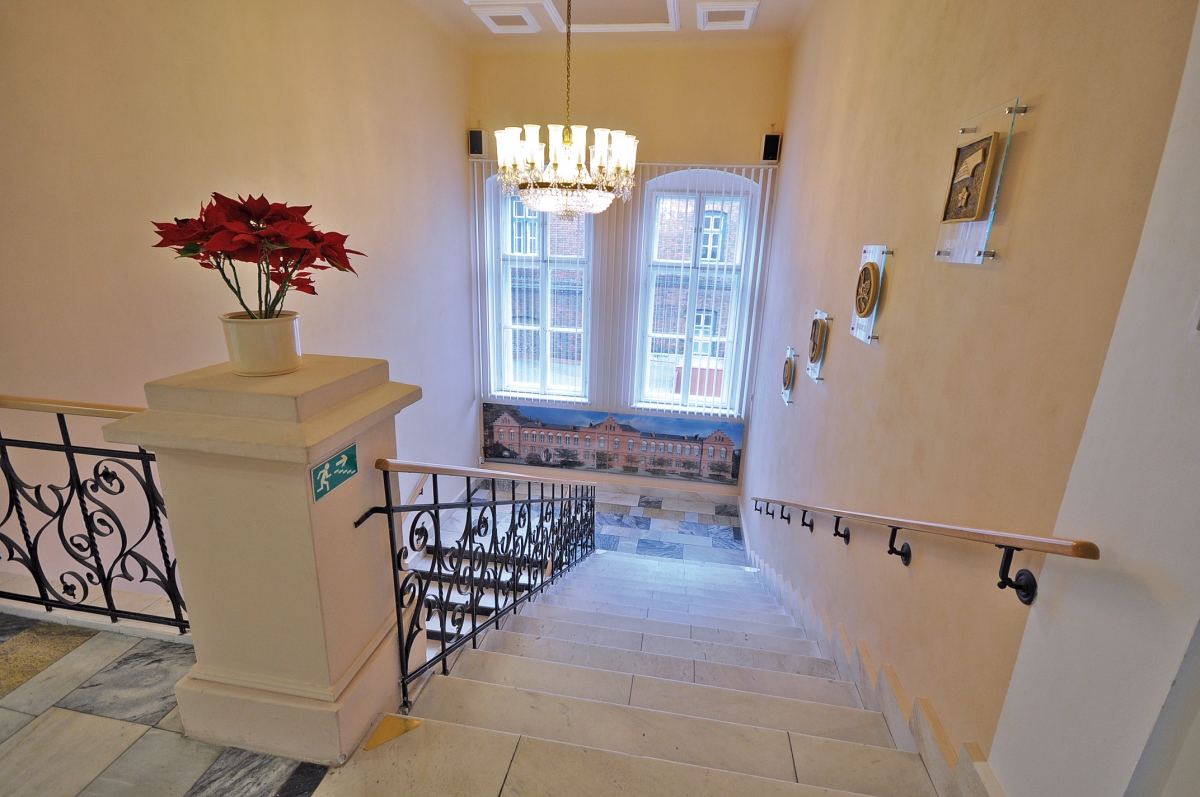 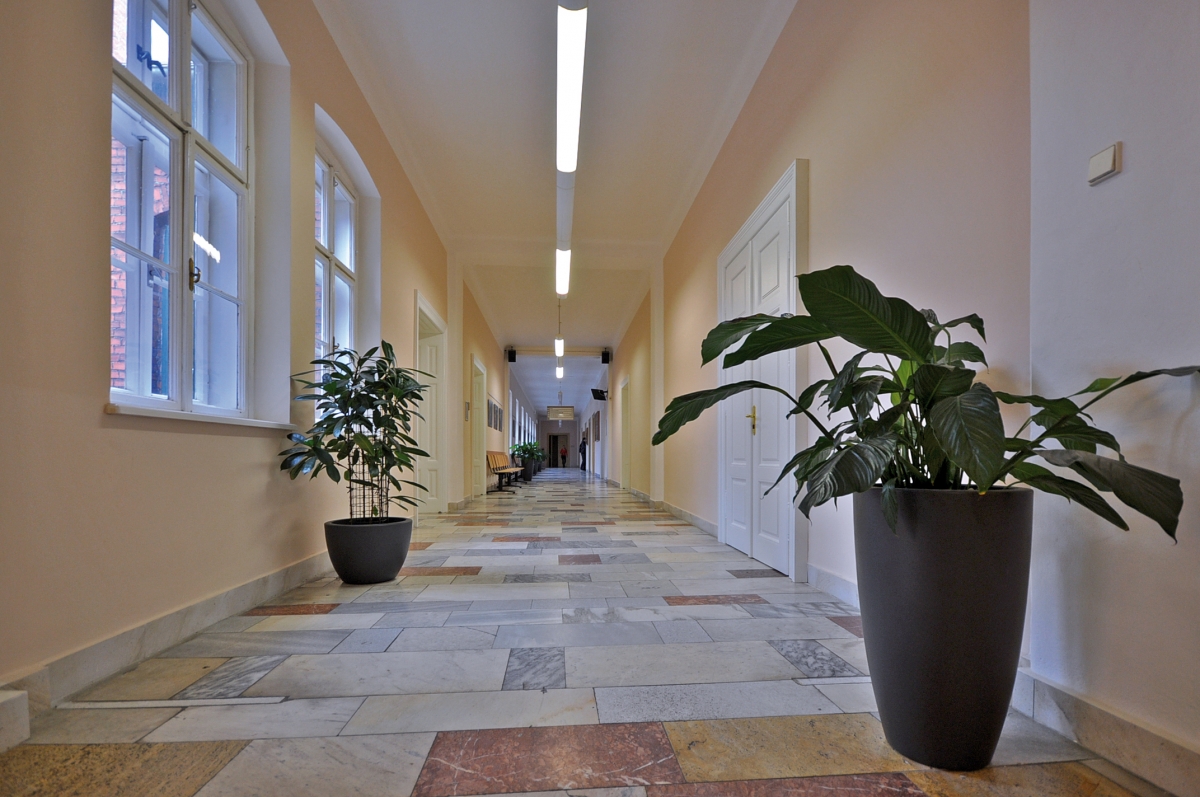