Grace painting of Our Lady of the Rosary - Starobohumínské

Crowds of pilgrims, who were praying for healing not only for their bodies but the souls as well, as evidenced by various preserved gifts placed near the lateral Marian altar, passed through the temple of Stary Bohumin since the days when a romantic painting of Our Lady of the Rosary-Starobohumínské was placed there.

Nevertheless, neither about the origin of this romantic painting, whose two gold-plated crowns were blessed by the pope Jan Pavel II. during the audience on St. Peter's Square in Vatican on 16th June, 2004, nor the date of its location in the southern side of the parish church chapel in Stary Bohumin, unfortunately any written records are found. Southern Marian chapel probably originated from the second half of the 17th century. Construction of the chapel, which is dimensionally identical to the earlier north midsummer chapel, now the chapel of the Divine Heart of the Lord, was built sometimes between the years 1680 -1687. Therefore its enlargement was realized in 1721. Before the chapel rebuilding, the old sacristy which was in the way, was demolished, and construction of new sacristy on the opposite side of the choir was realized. On the initiative of the church patron, the Austrian Empress and Czech queen Maria Theresia, as she had inherited from their ancestors the patronage over the religious rights in parish of Bohumin, two new Baroque altars were located in its interior.

The chapel suffered its greatest damage during the fire on 22nd August, 1850. Fortunately, the partially damaged picture of Our Lady was saved. About not-so-friendly restoration caused by the fire damage restoration speaks the German inscription located on the back side of the picture: “Unter der Löbl. Pfarre - Amst - Verwaltung Sr: Hochwürden, des Herrn Jos. Pfarrers Pelikan renovirt im Jahr 1857”, that in translation means: “Renewed in 1857 under the great importance of revered parish priest administration of Jos. Pelican”.

The last extensive reconstruction when the interior of the Marian Chapel was changed into its present form, took place at the turn of the 19th and 20th century. Since that time the chapel was significantly damaged only at the end of World War II due to the grenade that landed next to the southern wall of the church, and not only the roof, but the very ceiling vaults were significantly damaged.

Re-consecration of the Marian altar and repaired Grace painting took place on 5th September, 1997. Restoration work on the altar was made by Ladislav Jurczyk from Hovezi u Vsetína. Since 1995, the painting has been registered on the initiative of the Ministry of Culture in the list of cultural monuments, and was restored into its original form by the staff of Prague care of historical monuments. In this way these unsuccessful repaints from 1857 were corrected. 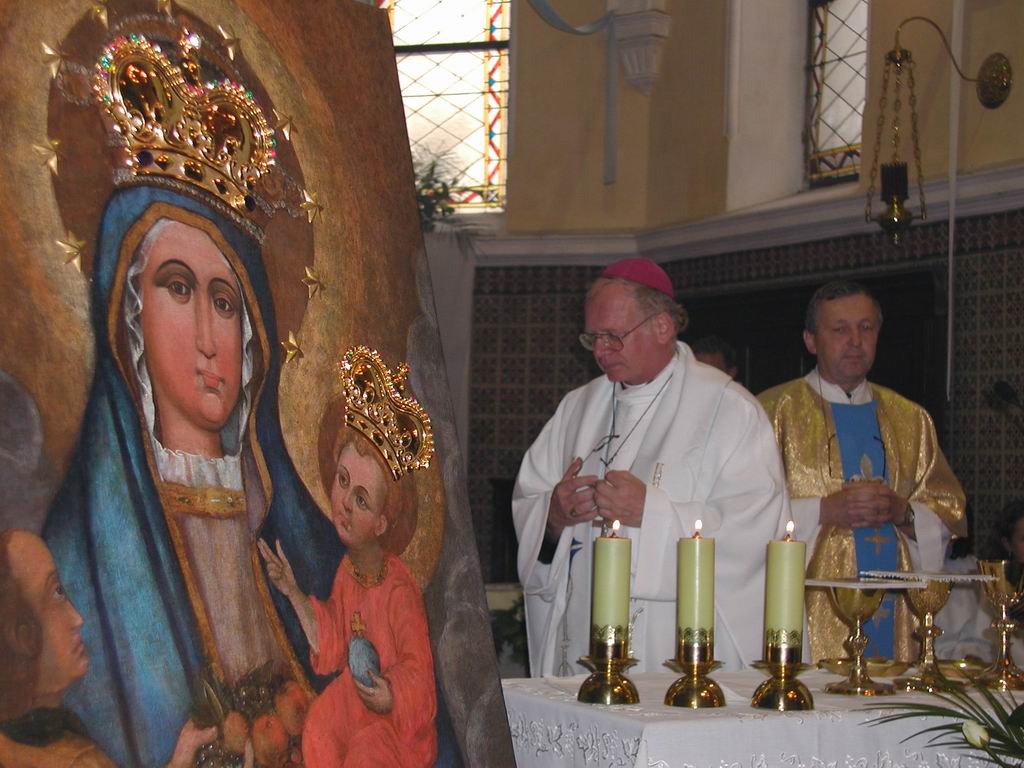