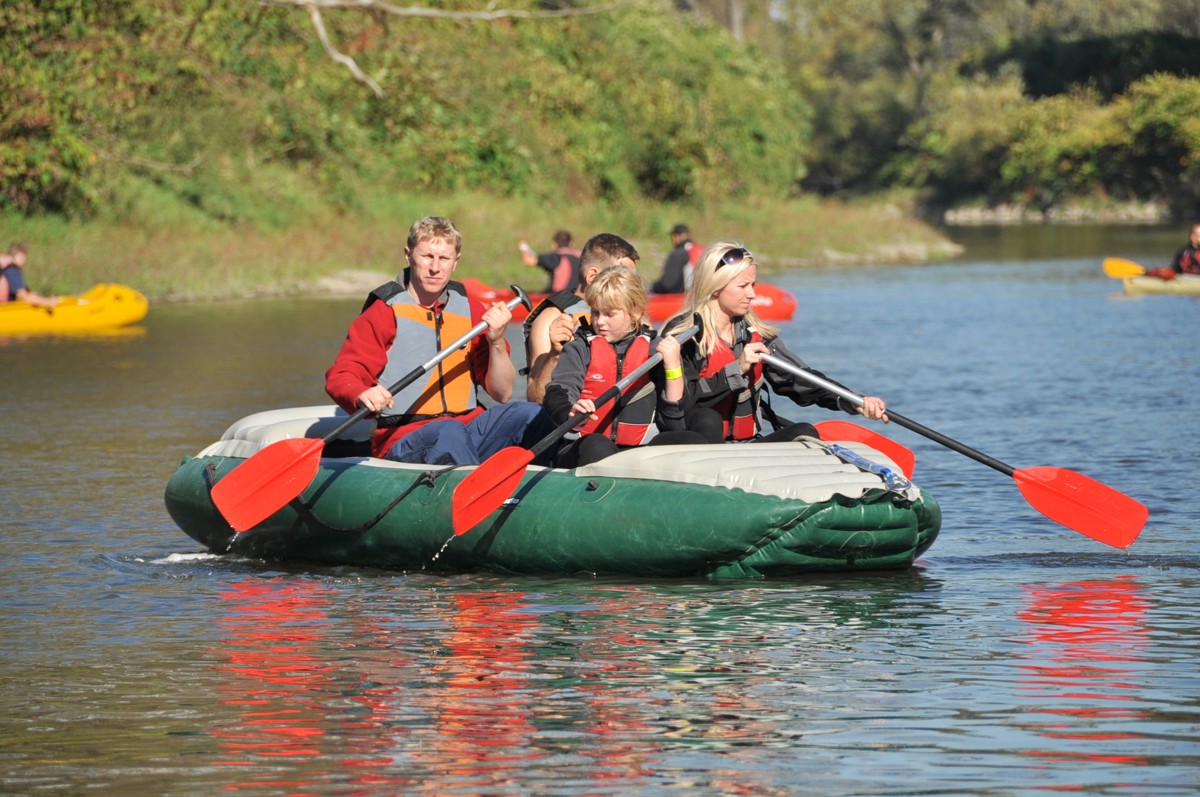 Boat rentals in Stary Bohumin  prepared the project partners' June - month of fellowship at the confluence of the rivers Odra and Olza ​​"which is co-financed by the European Union under the Operational Programme CBC CZ-PL for 2007 - 2013 period. The partners include the city Bohumín and the Association Posejdon region of Cieszyn- Silesia and gmina Krzyżanowice, region of Silesia. In years 2009 and 2010, over 2500 paddlers used the boats in Bohumín. On the  boating event in June, named Plavidlo 2009, was baptized the Boating guide throughout both Odra meanders and Olza rivers with kilometers rating (near the confluence of both rivers). Meanders were locked on 28.09 2009, when the book Border meanders was baptized. Renting boats for the 2010 season was completed with two four-seat rafts within the project "The rivers divide, rivers join - build starting points for canoeists on both Odra and Olza rivers", which was financed by the European Regional Development Fund, the state budget and the budget of Bohumín. The starting point for boaters in Stary Bohumin is also the starting point  for routes Natural trails throughout meanders.

Operation of Boat rentals in 2013

In 2013, you can use again a boat rental in Stary Bohumin. On Saturdays and Sundays as well as public holidays (except mass boating events) there will at disposal for rent canoes, paddles and vests and newly bags and marine rescue throw bag. For boaters there will be available 8 plastic canoes, 2 inflatable canoes, 2 plastic three-seat canoes and 3 four-seat rafts. For those who like to view the beauty of the Oder river meanders , are organized both morning and afternoon runs.

Order of "stability" of boats