The flag completes the historical town emblem and altogether creates a standard pair of the town symbols. The flag corresponds to the following description: “The flag shaft is formed by two horizontal strips, the blue and the red one, in proportion to 3:4.  In the blue stripe there is a yellow winged rail-wheel, in the red stripe there is a white turned up wheel-fork with its shanks long as one quarter of the shaft length and quirefold in the middle by a black cogwheel with shanks. The proportion of width to length of the shaft is 2:3.” 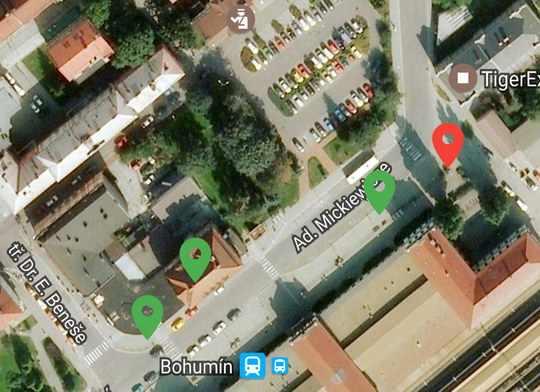