Most likely in 1829, when all around the country the spectacular festivals were held in commemorating of the 100th anniversary of the canonization of Czech St. Jan Nepomcky, his late Baroque sandstone sculpture was also located on the north side of Starobohumínske square.

The statue of St.Jan Nepomucky gained, during a self-help repair at the break of August and September 1950, inappropriate oil color paint. More inconsiderate action regarding the statue took place fifteen years later. The year was engraved on the back side of the stand. Since 1964 the statue of St.Jan Nepomucky has been included in the list of cultural monuments. Last but general restoration of the statue started on 18th April, 2002. When two months later the old weathered base was dismantled, the tube with a damaged parchment scroll and fifty-four historic coins from the years1619 – 1868 were found. Coins went to the numismatic collection of the Museum of Tesin in Czech Tesin.

Two and a half months-long renovation work was finished on 6th September, 2002 by the statue re-consecration. Three days before the official ceremony, a document prepared for the future generations by the chronicler of Bohumin Zdenek Vesely and Czech contemporary coins of a total amount of 88.80 crowns, were deposited into the new base. The original stand was given as a present to the Roman Catholic parish in Bohumin. 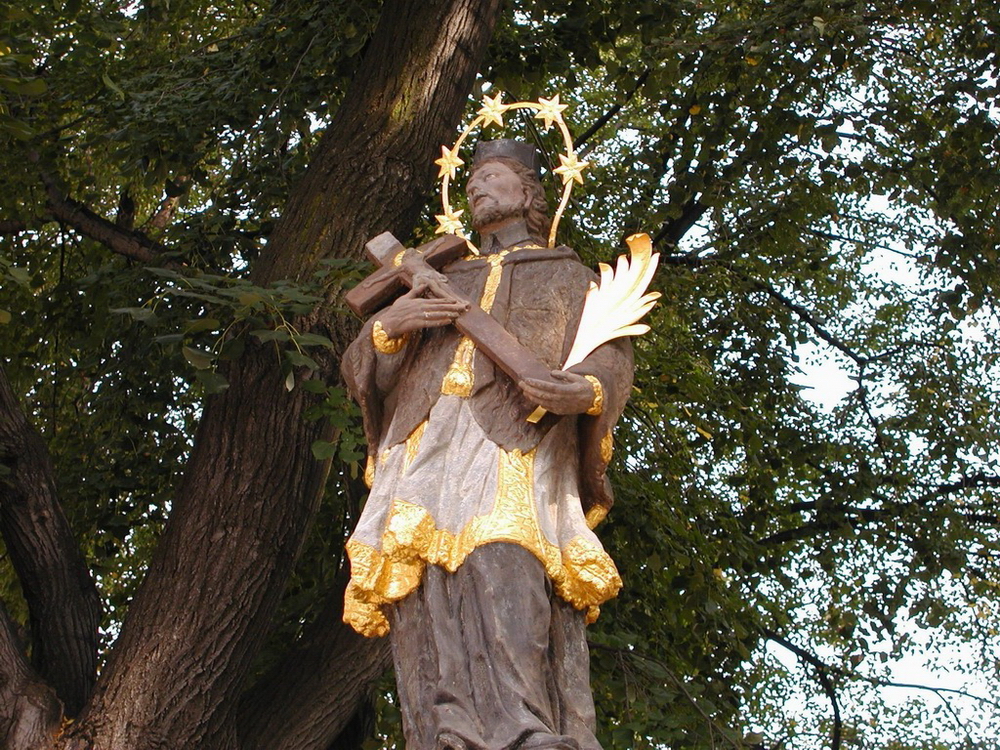 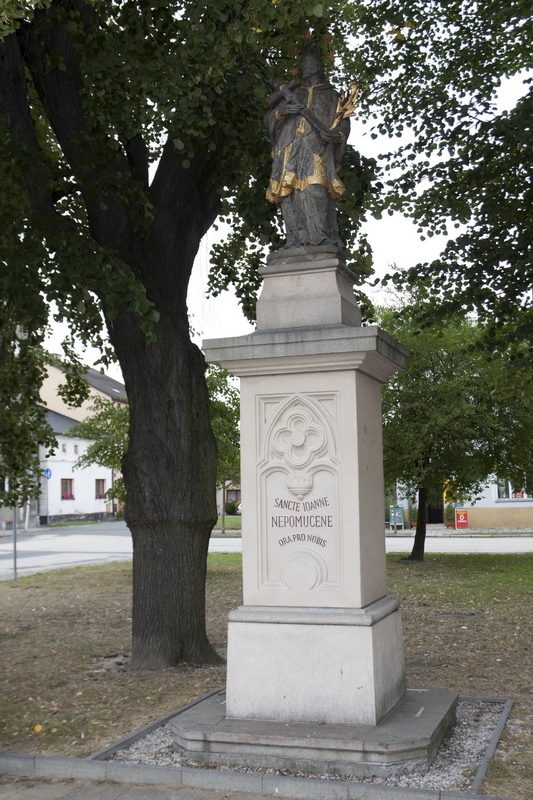 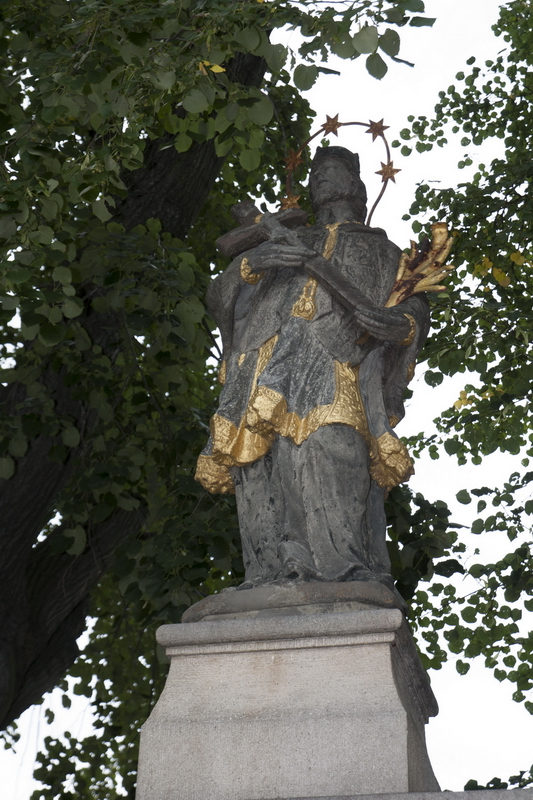 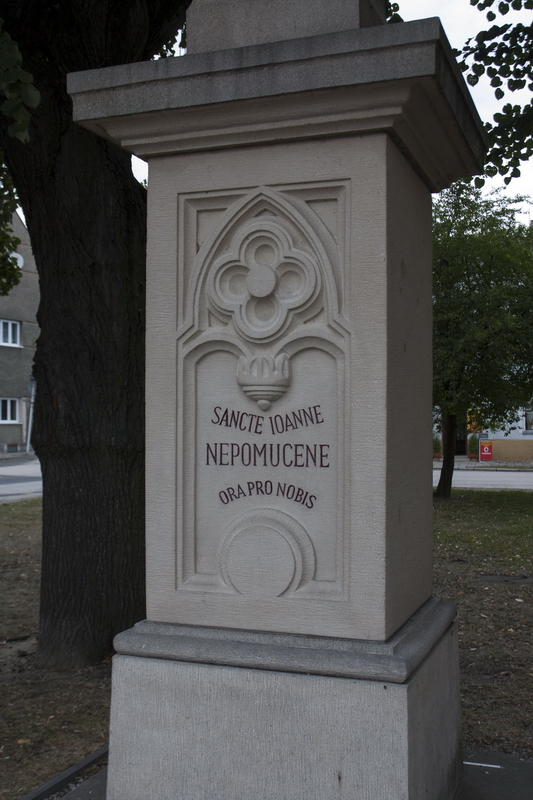