Presbyterian Church of the Divine Heart of God

People already began to think about the construction of a church near the train station in Bohumin in 1877. Formal proposal for its implementation was approved by the local municipal council on 26th December, 1889. Two years later, in June 1891, the inaugural meeting of the Society for the construction of the Catholic Church took place, whose chairman was elected Karl Wacha, a chief of the former railway station. The committee members became Anton Ignatz Kaschitzka, a vicar from Bohumín, Eduard Georg Linzer, a chaplain from Bohumín, Ernest Appel, a chief of the Financial Data Guard, Joseph von Portenschlag, a head of the train station, Augustin Tschusch, a director of the Royal Prussian Expedition, Adolf Wawra, a director of the post and Karl Postuwka, a teacher.

Plans for the new church, developed by Josef Berger, a local builder, were introduced by a delegation of the association to George Kopp, a Prince-Bishop from Vratislav, on 2nd February, 1892. He asked for some smaller adjustments, therefore the plans were given to Richard Volkel, a dome architect, for redesign. Only then in May of the same year, Georg Kopp approved it is his summer residence of the bishops of Wroclaw called Jansky Vrch in Javornik. The budget from 18th May, 1892 appointed by a builder Joseph Bergere to build a new church, calculated with the costs of 45 thousand quid. The former budget was enhanced with 7 thousand quid on 5th December, 1894 to cover previously unplanned work. The final statement of the real construction costs was released on 16th January, 1896 and made almost 56 thousand quid.

These amounts far more exceeded the possibilities of the community and local believers who organized a voluntary collection among themselves. If these generous gifts hadn’t been provided, possibly the building of a church would have never been realized. For example Georg Kopp, a Prince-Bishop of Breslau, donated 30 thousand quid for the church construction, the privileged c.k. Northern Railway of Emperor Ferdinand contributed with an amount of 5 thousand quid, members of the Catholic League donated 2 thousand quid for the church construction, Albert Hahn, the owner of the Tube Plant, gave 1200 quid, 400 quid were provided by the mineral oil refining company and 50 quid were given by Theodor Kohn, the Archbishop from Olomouc to the construction of this church. Building plot was provided free of charge by the Count Heinrich Larisch-Mönnich. Formal sanctification of the foundation-stone took place on 12th September, 1892.

The construction of the church in Neo-Gothic style of fair-faced red brick, called backstein gothic type, was completed in autumn 1894. According to preserved reporting sources, the building work was realized very slowly. Bricks, from which the church was built, were probably supplied from the brick plant of Krzyżanovice, Poland owned by a Count Carl von Lichnovsky. A cross located on the church tower where various documents concerning its establishment were stored into its dome, the construction and dedication of the church was then along with metal and paper money sanctified on 27th September, 1894. The furniture of the church was acquired gradually a few years later after its completion.

Church of the Divine Heart of God in the Sunychl-Bohumín-station was sanctified without the bishop on 24th November, 1895.  It was inaugurated by George Kopp, the Prince-Bishop from Vratislav on 7th June, 1896. Regular Sunday worships started to be held in the church since1896 in both languages German and Polish The worship in Czech language believers didn’t hear until 1921. A priest for the worships was carried from Bohumin-city (now Stary Bohumin) by coach and so that’s why he was entitled to be paid the remuneration from the patron of the church worth 1 quid. The priest was brought by coach to the church till establishment of the subsidiary here in 1898. Since 1900 it has been an independent parish.

The church capacity wasn’t sufficient to absorb increasing number of believers. After fifty years of its existence believers began to think about the renovation and expansion of the church. A preliminary study, which proposed the extension of the church with two church aisles, thus the number of seats increased to 564 for sitting people and for 956 standing people, was submitted in August 1946 by brothers Šlapeto, the academic architects from Moravian Ostrava. The project, where the costs were estimated at almost 1.2 million crowns, wasn’t possible to implement after the February coup d’etat in 1948. In 1949, according to the prepared project, only a few minor adjustments in the interior of the church were made. In 2002 the church was enlisted for its historical value as a cultural monument. 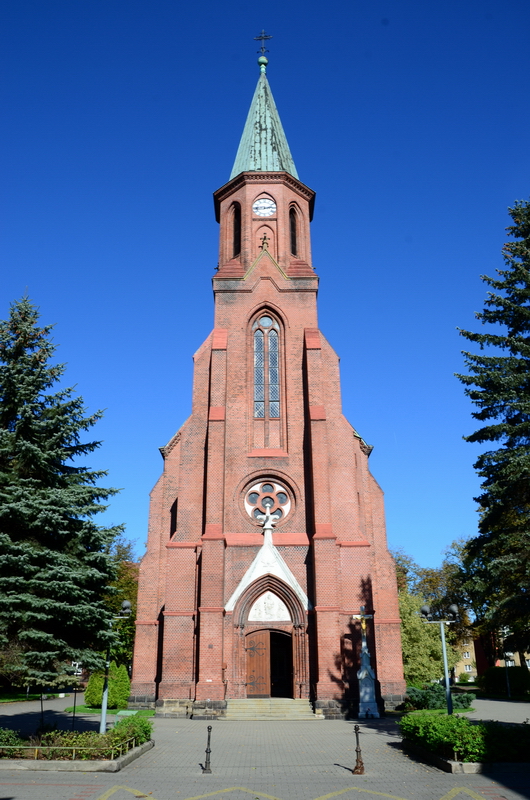 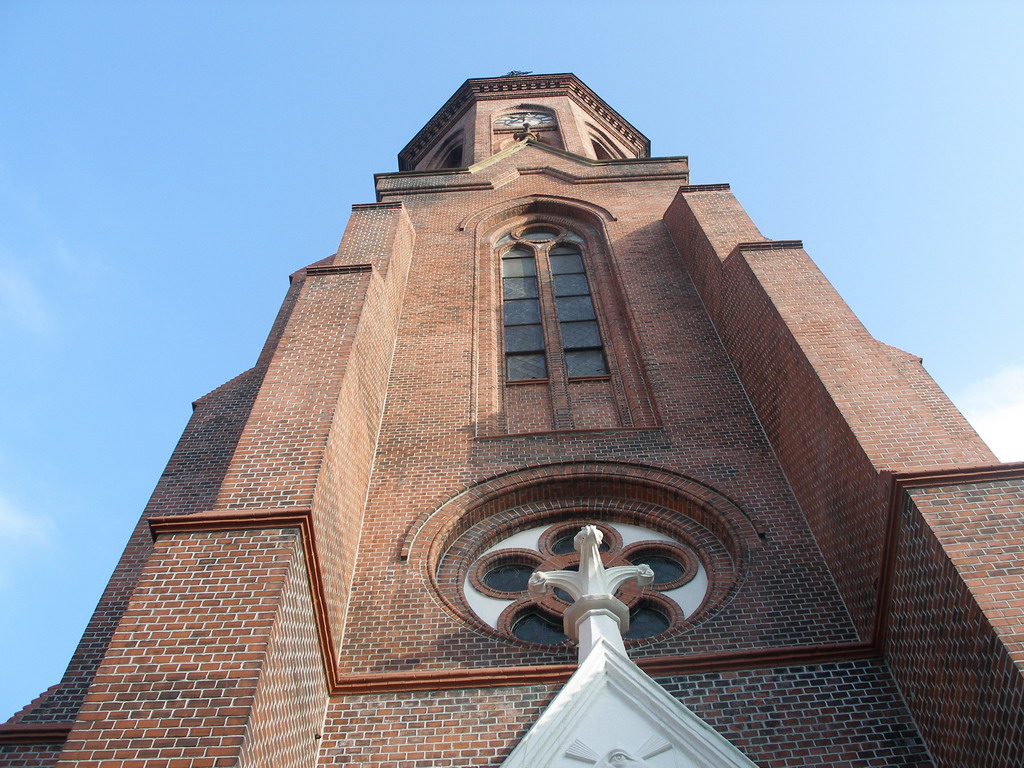 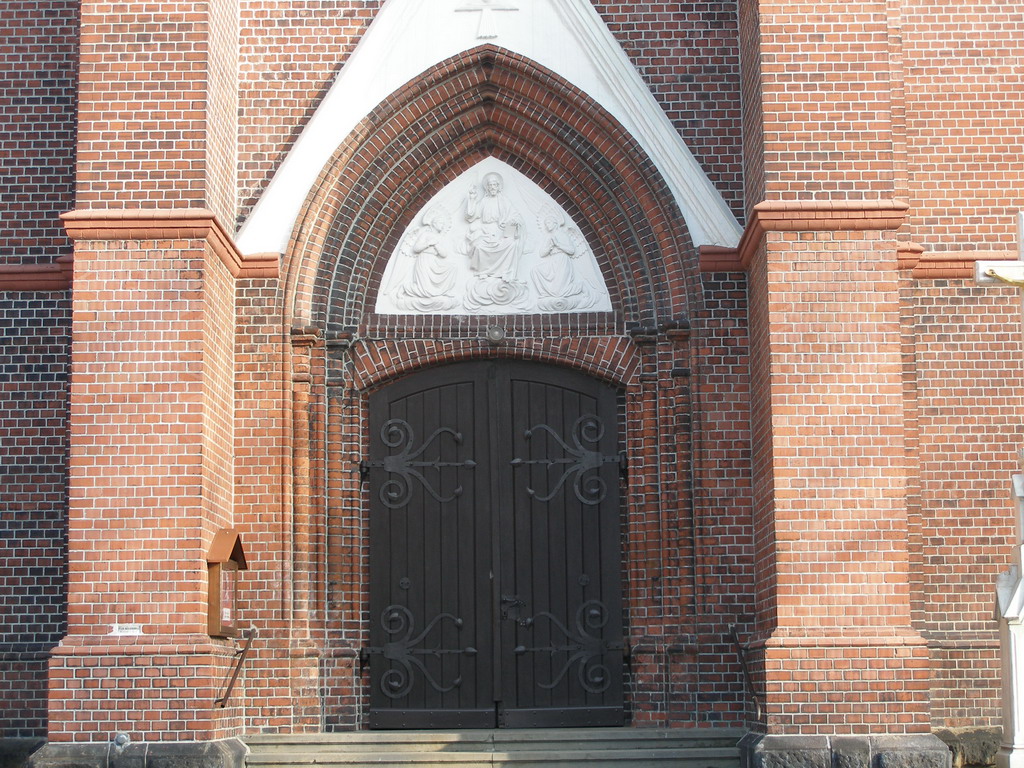 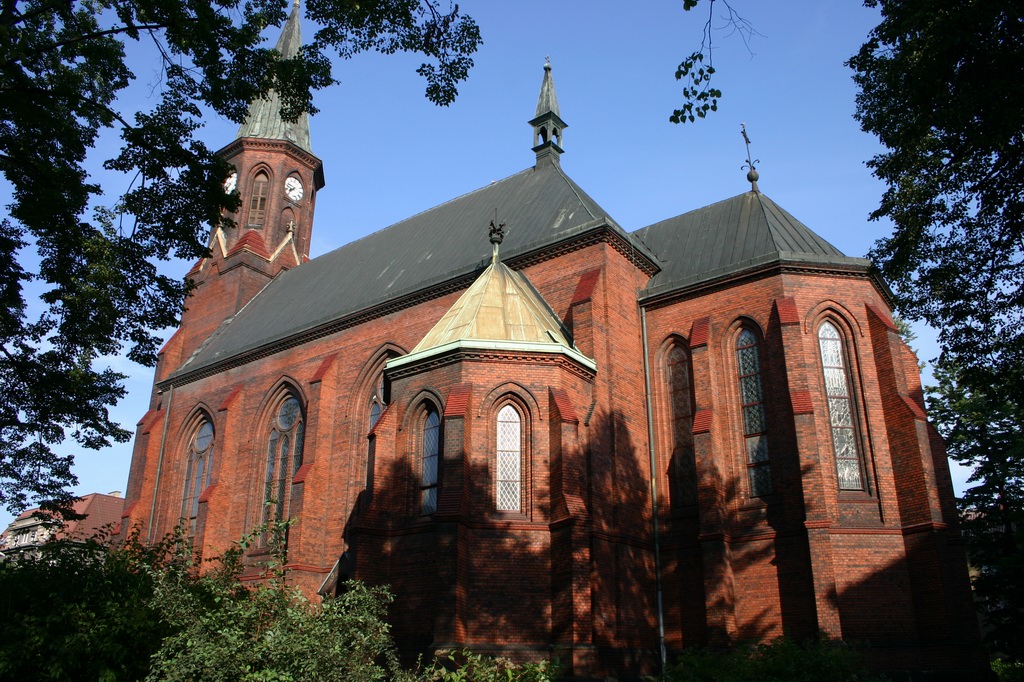 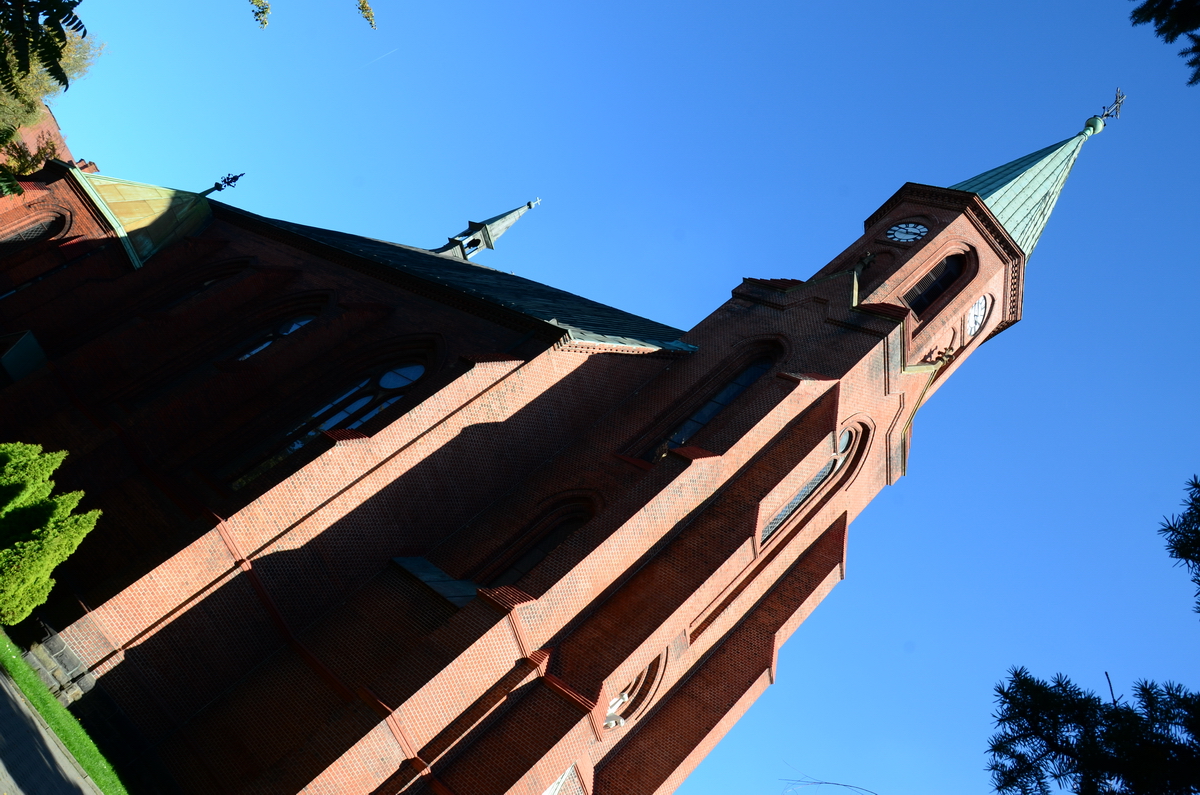 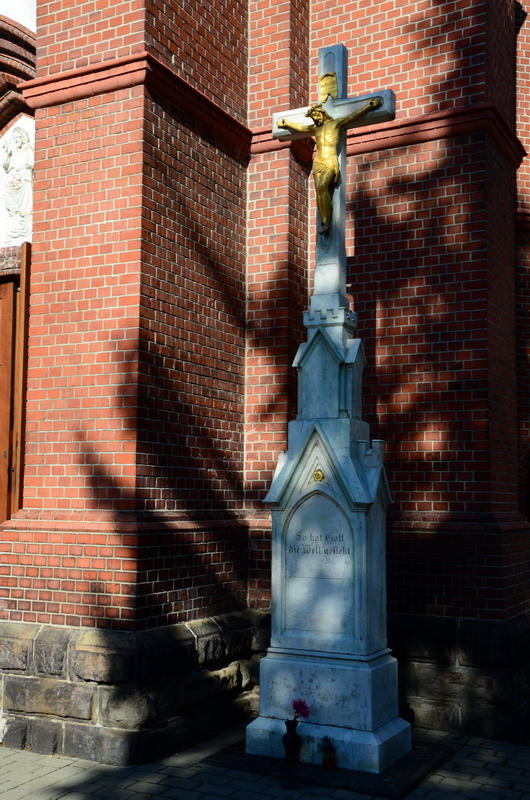 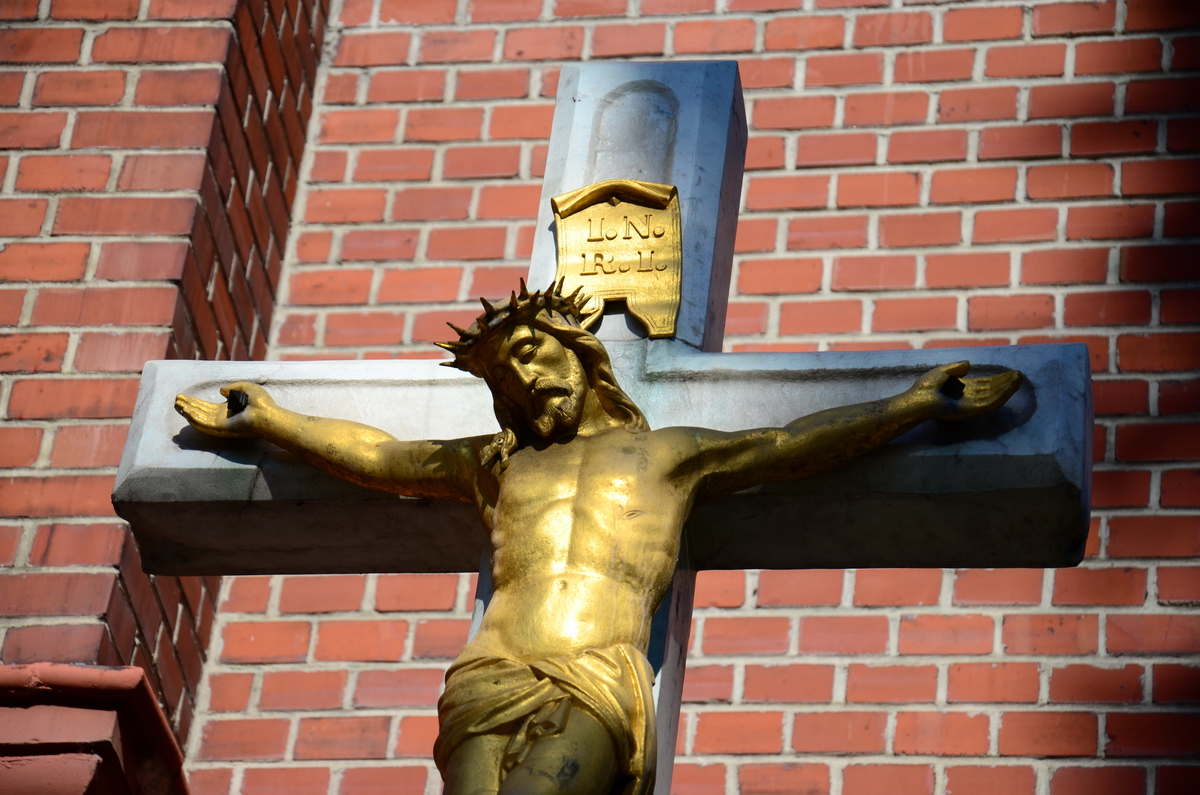 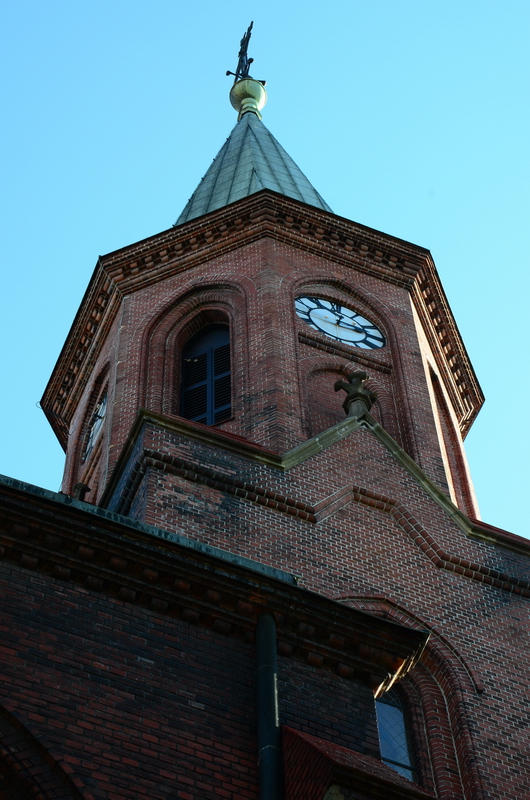 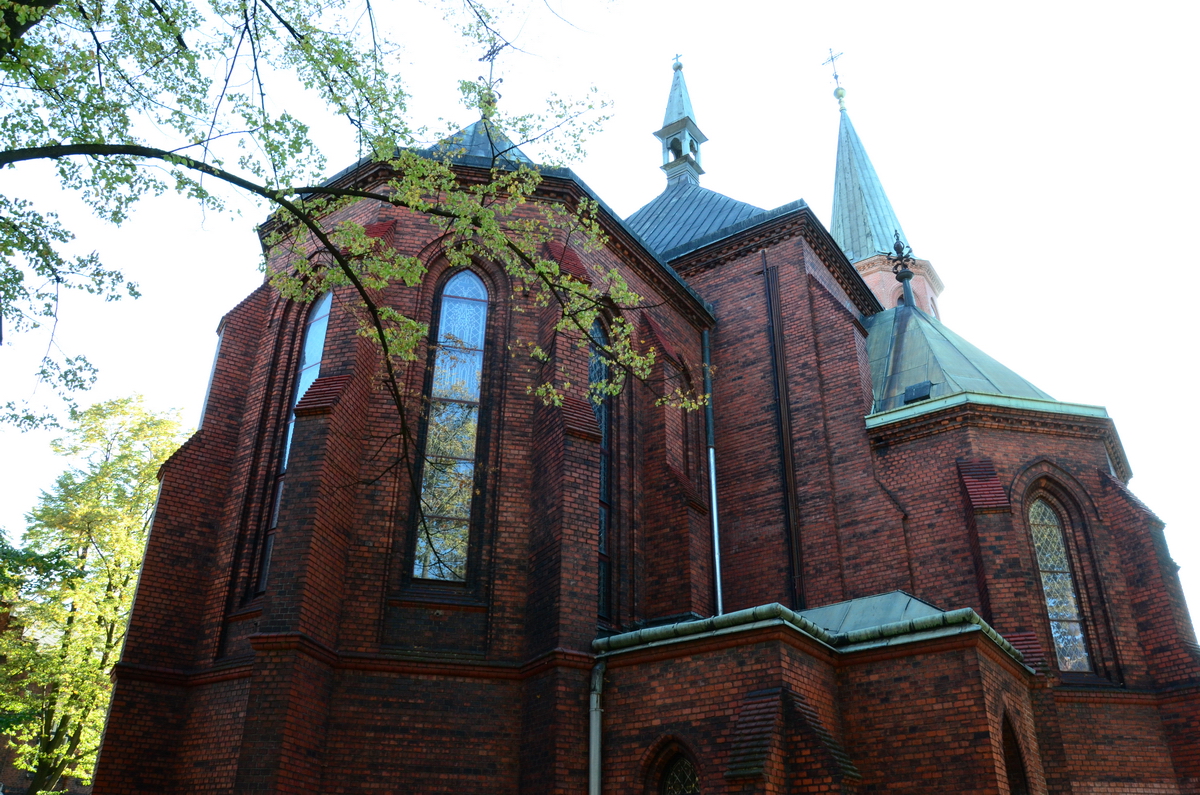 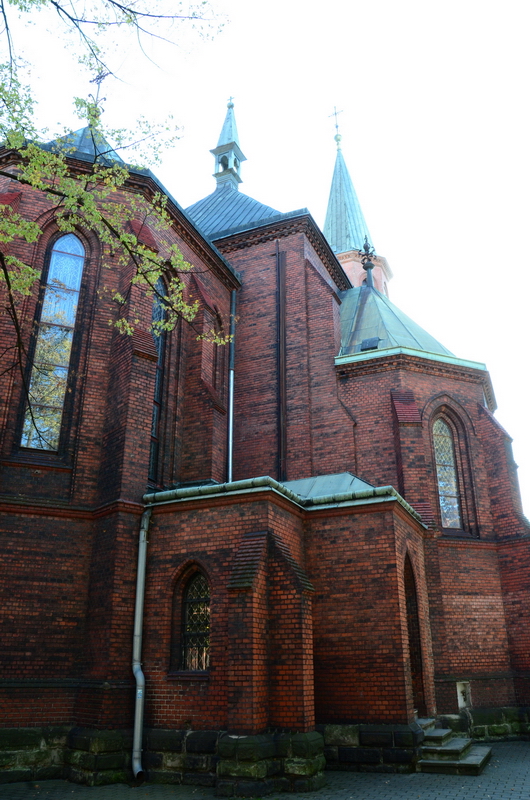 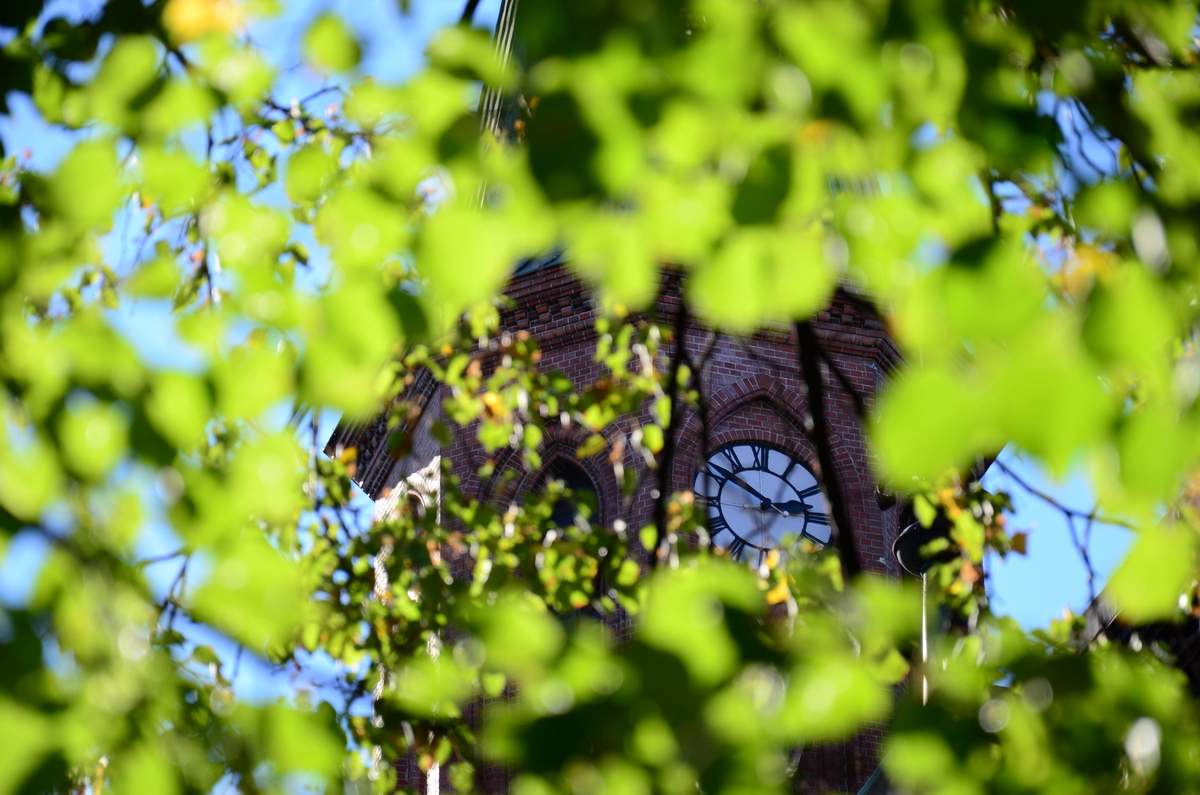 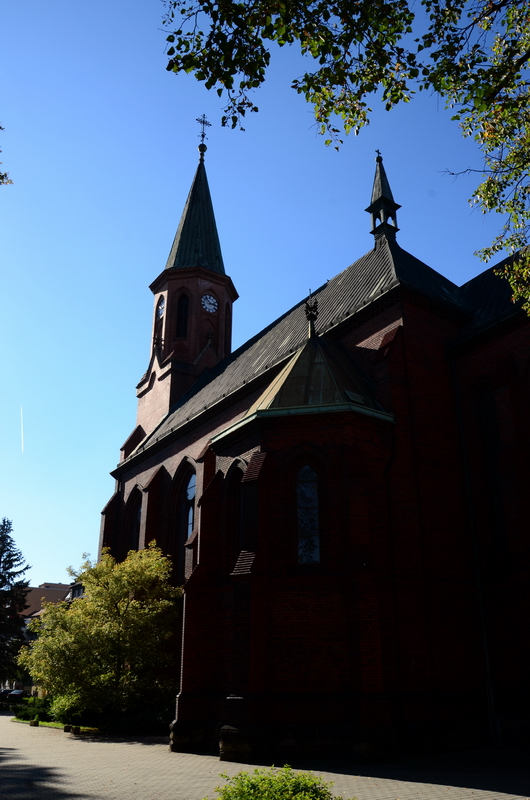 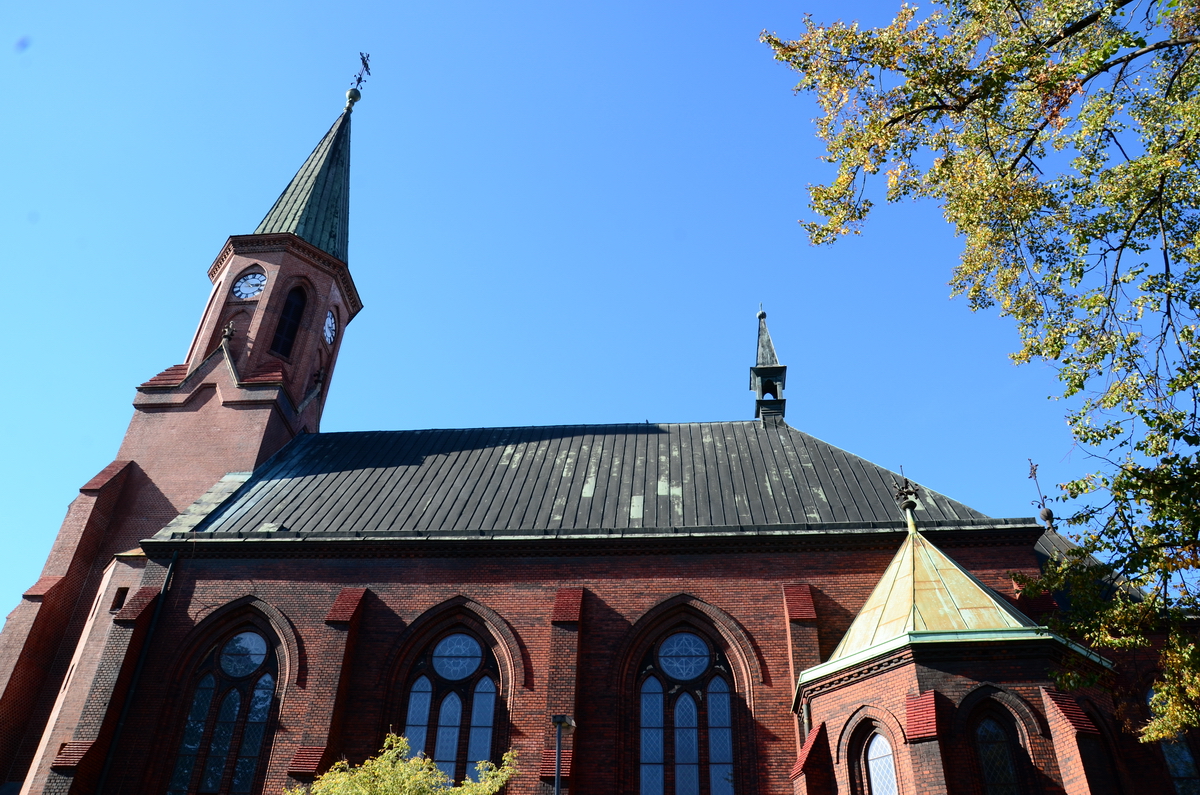 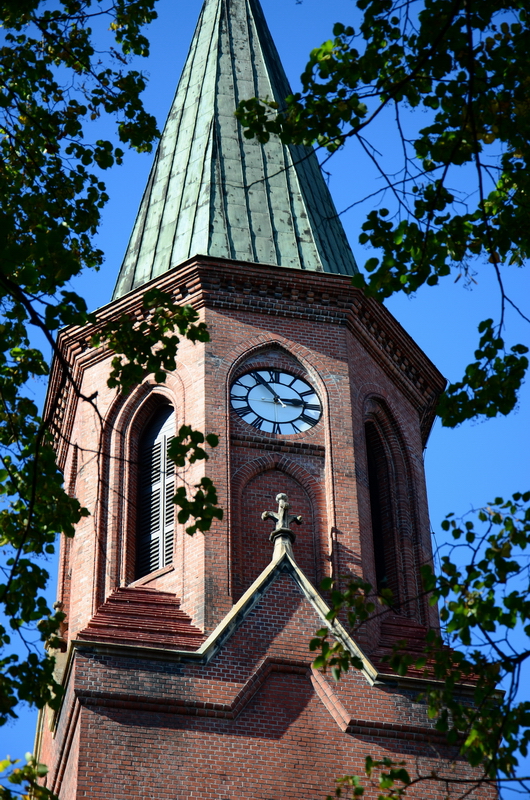 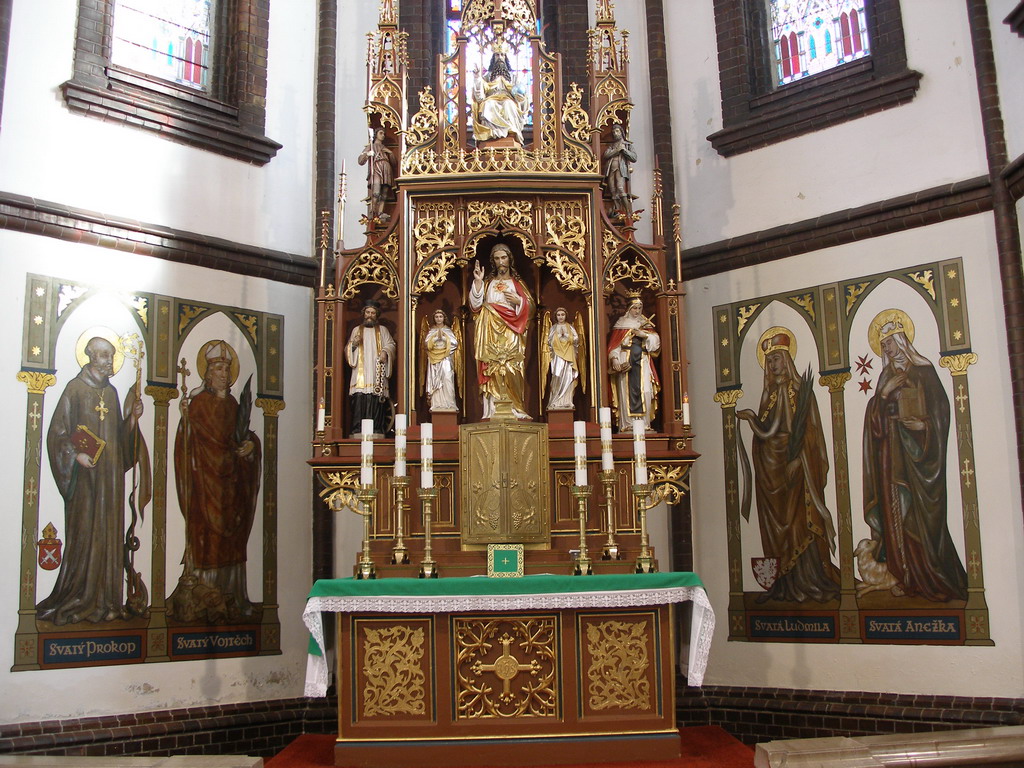 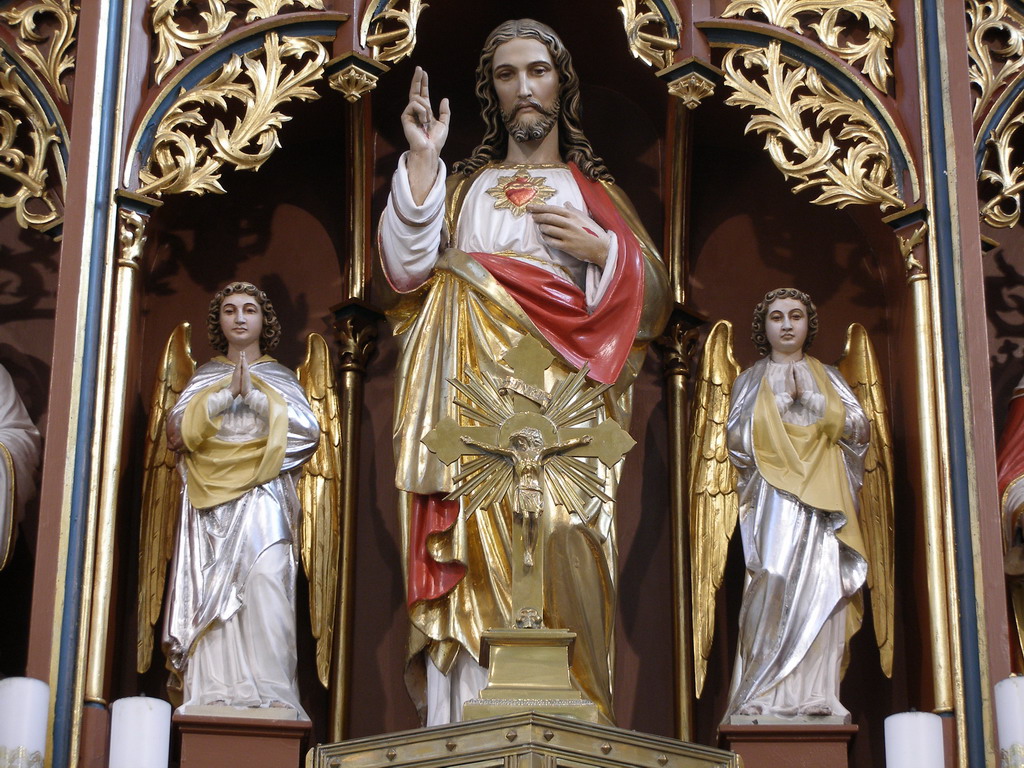 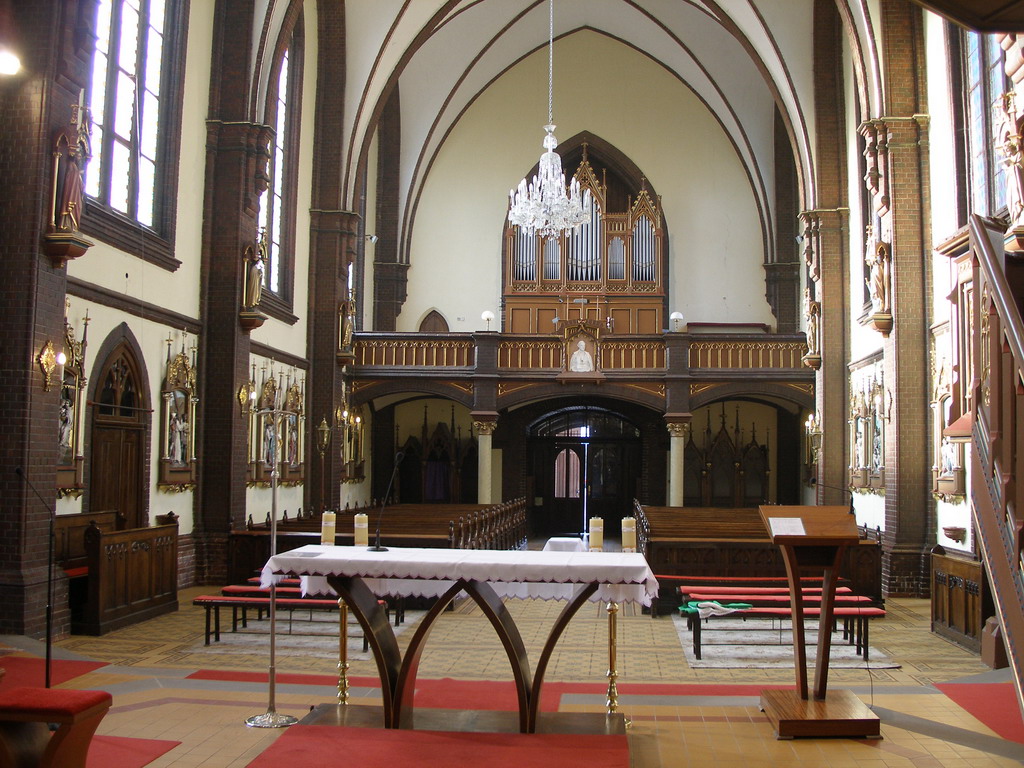 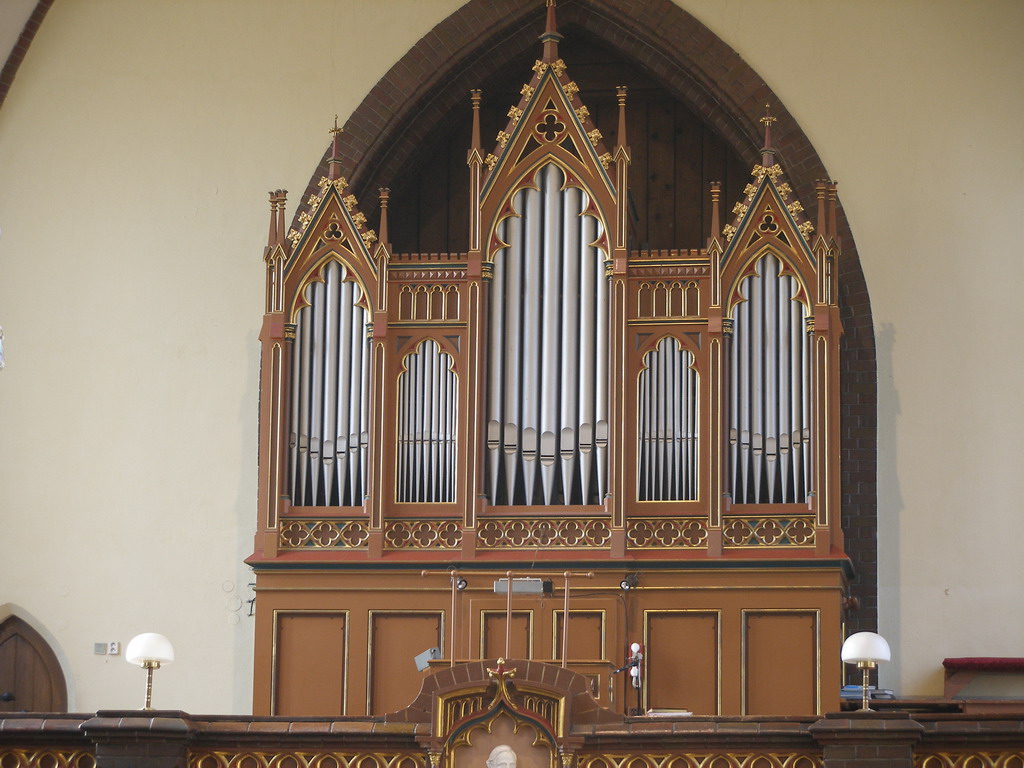 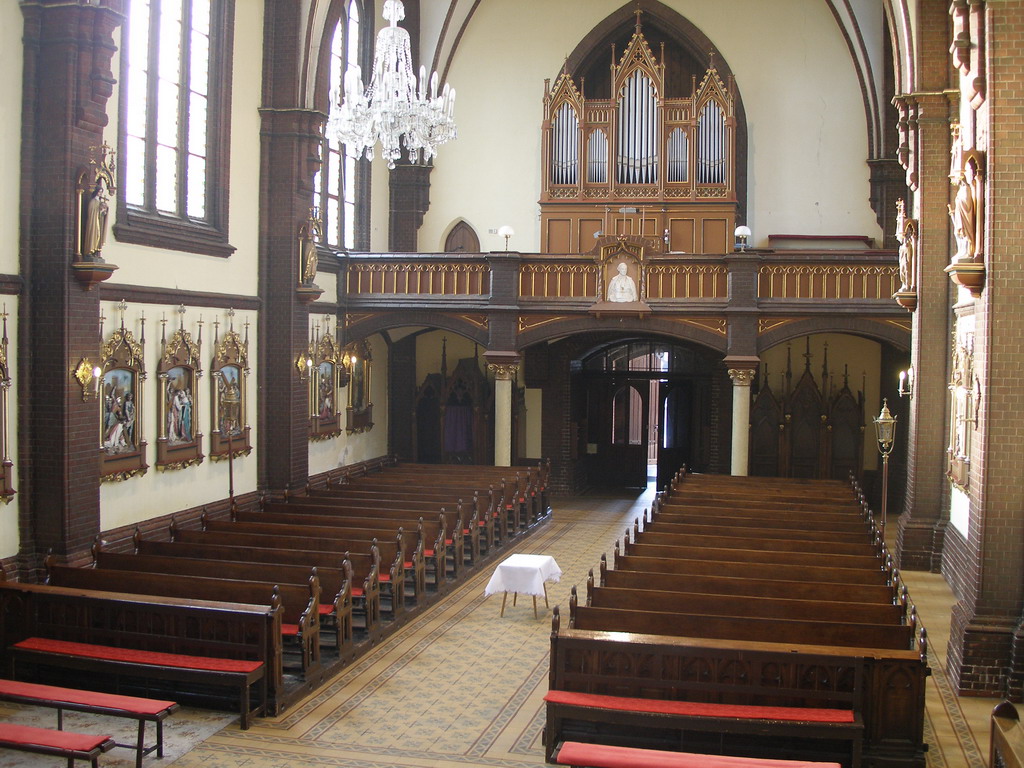 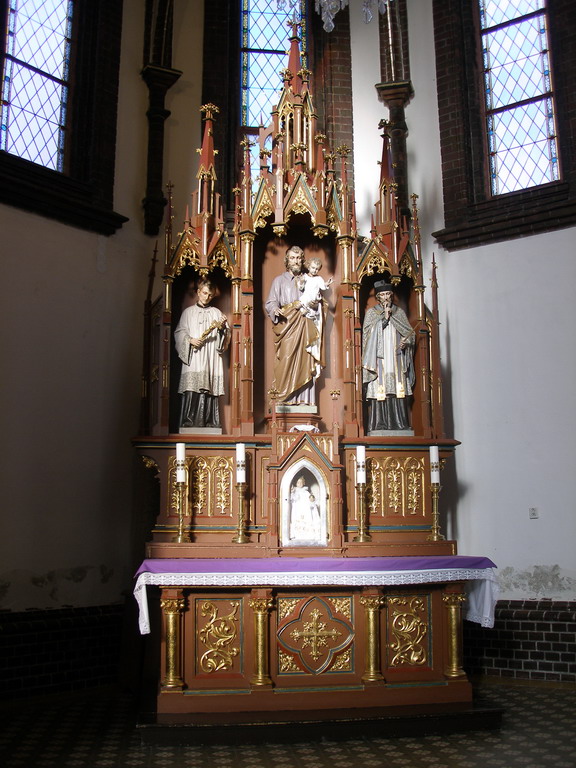 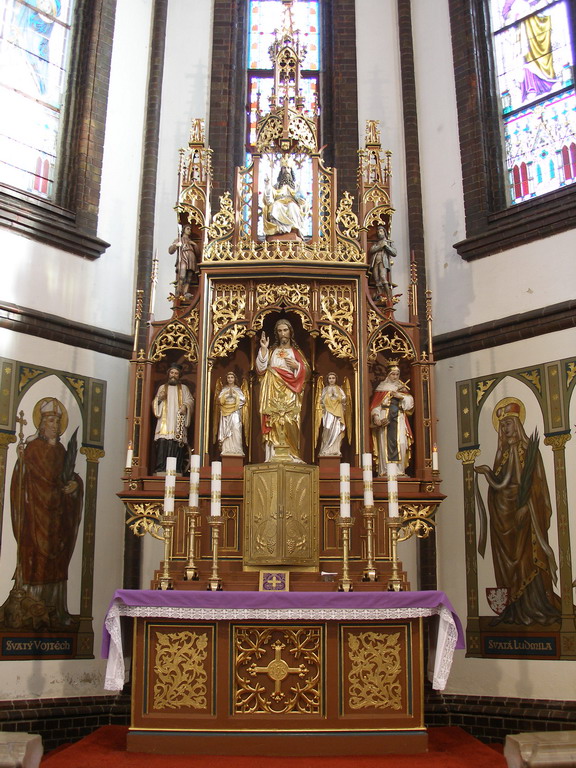 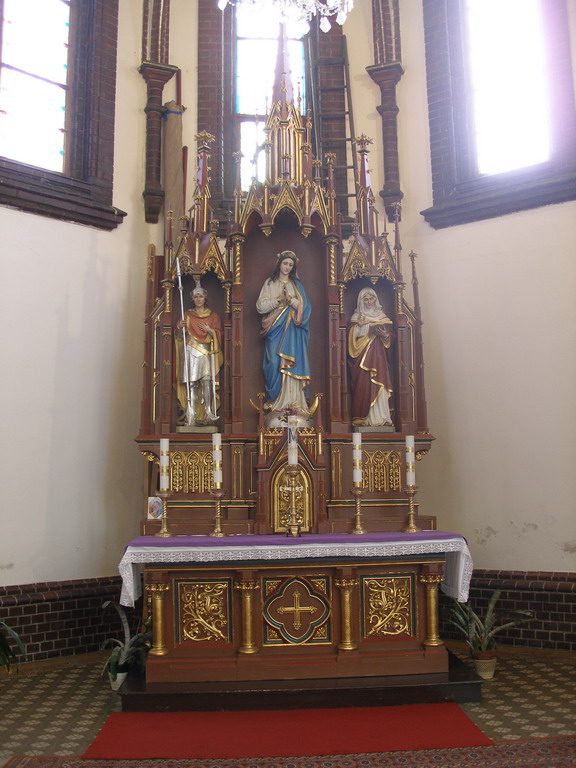 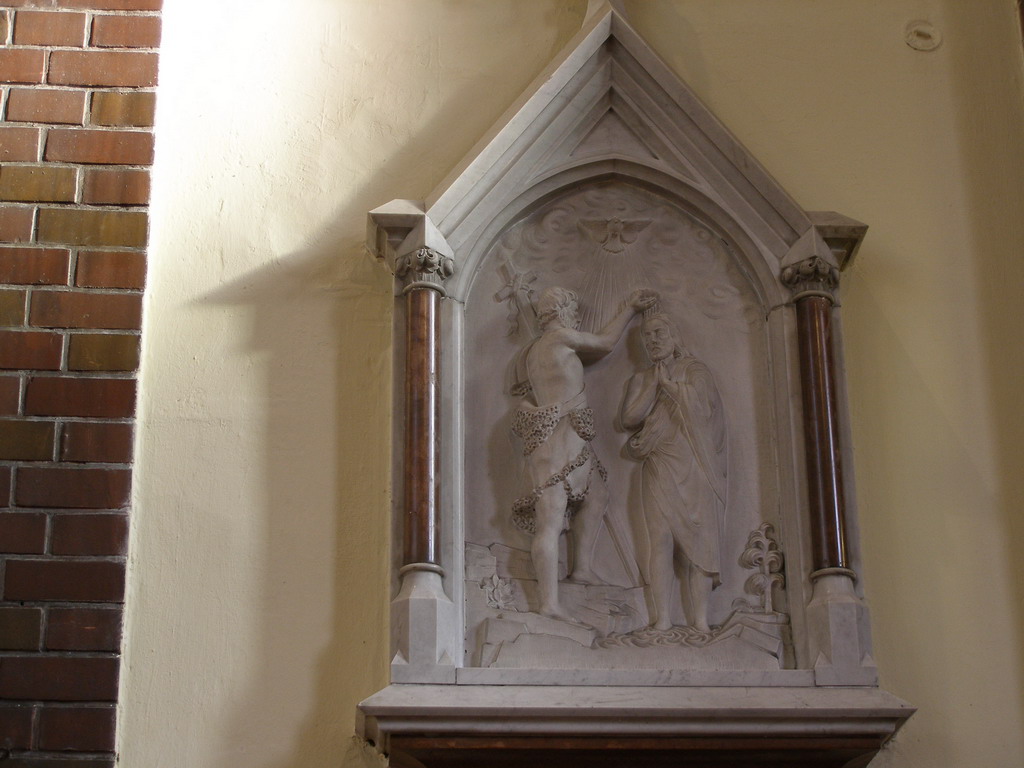 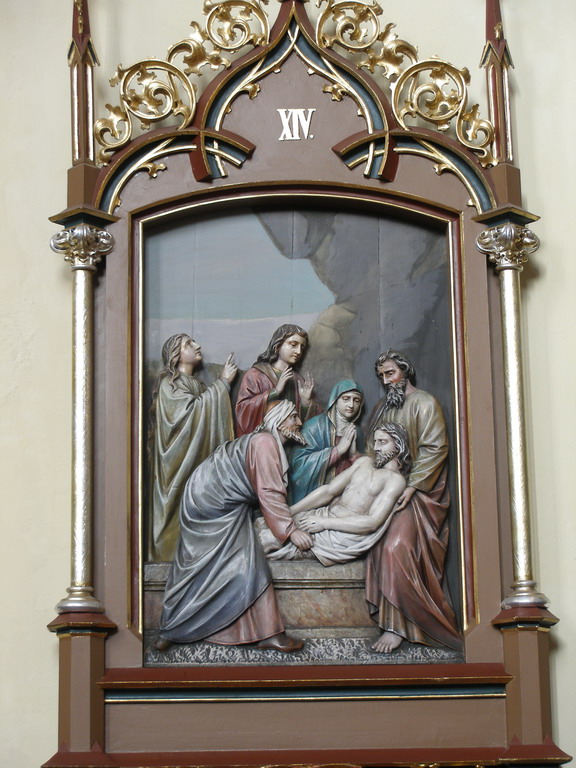 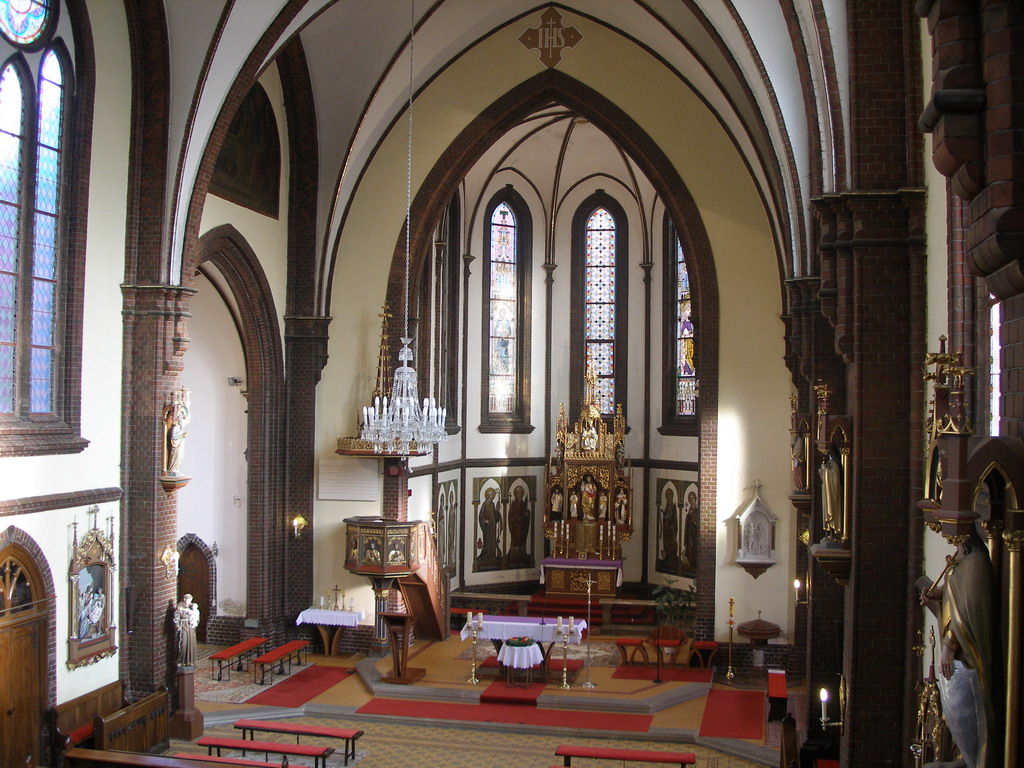 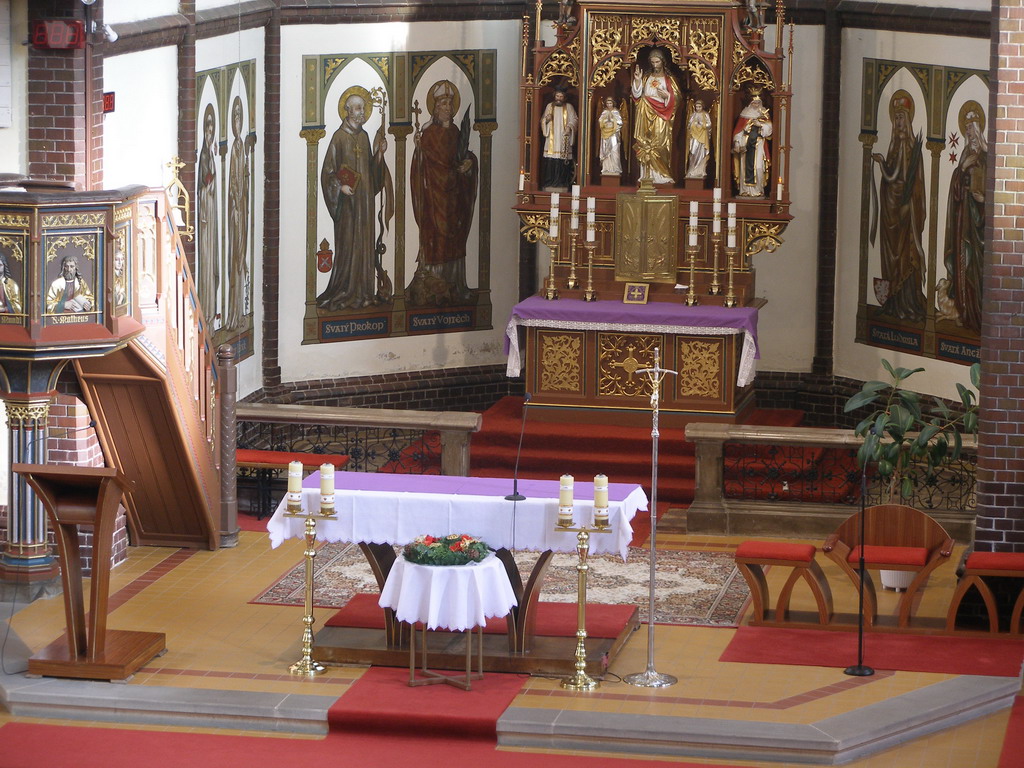