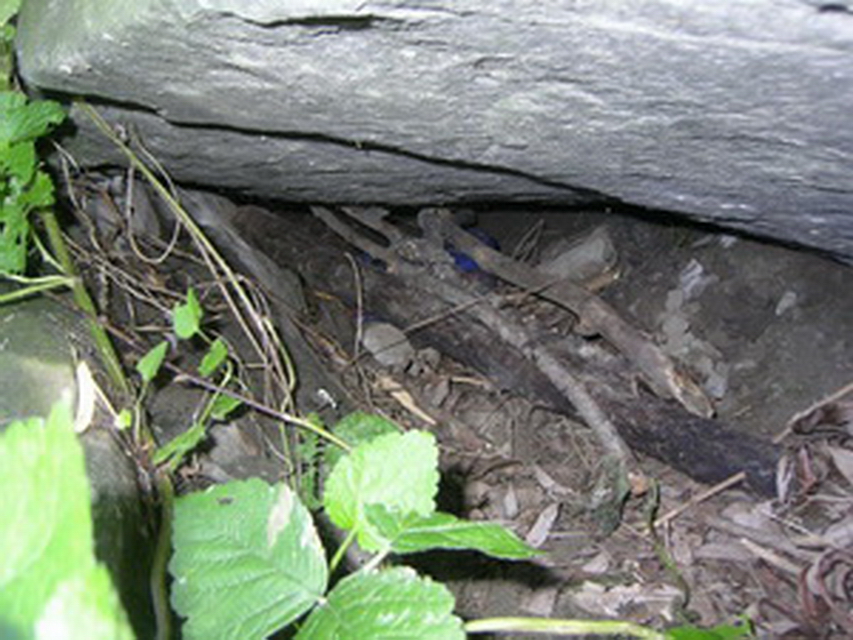 Geocaching is a game connected mainly with tourism and it’s based on seeking and finding a hidden box called “cache”. When seeking the cache, people can rely on a trusty fellow – tourist GPS navigation, where the coordinates of a hidden treasury are stored (a car navigation isn’t widely recommended). People interested in geocaching are called “geocachers”, the Czech modification is “geokacer” what is in fact a lovely pun meaning “a geoduck” and among the Czech players is frequently used only “kacer” what means “a duck”. Each “kacer” registers itself into a logbook after finding a cache. The logbook is a little notebook designed for a finder, where its nickname is mentioned, date and time of the cache finding and eventually its own summary of the cache.

After writing down, the cache is carefully hidden and concealed again (preferably into the same position and status as before) and is left for the next enthusiasts.

Each “kacer”, before he/she heads for the cache hunting, has to find out the coordinates of the cache placement. For this purpose it is not possible to cope without the Internet, where on the web pages of Geocaching players can find up-to-date overview of caches. But not every cache has the given coordinates of its placement directly. In some cases it’s firstly necessary to figure out the coordianates or to get to the place and with help of indicias to discover the coordinates. As well as in other games, either in Geocaching players are obliged to follow some existing rules. A person who doesn’t know the game and its rules is called “mudla”. This name is taken from the book about Harry Potter where these people, who are not familiar with the magic world, are called this. If it possibly happens that the cache is found by a “mudla”, that has a right to write himself/herself down into the logbook. Nevertheless his/her duty is to leave the cache where it was found and if possible to hide and conceal it again.

Frequently it’s a plastic, waterproof box situated in some interesting place. The owner of such a box wants to share with other players the pleasure and joy of the landscape, historical events or in another way significant places.  The content of such a cache is  the above mentioned logbook and objects designated for exchange such as souvenirs, toys, collecting stamps and cards. Players can often find some little migratory objects in the box which are designed not for the exchange but their task is to travel from one to other boxes (caches). Such objects are called “TravelBug” or “Geocoin” and mainly are connected with some task e.g. to arrive in the USA. The owner of such TravelBug or Geocoin then follows very carefully the routing and indirectly he/she can get to some exotic places where he/she would never be able to take a look. Caches can be classified into different types such as Traditional cache, Multicache, Mystery cache, Earthcache (geologically significant place), Virtual cache (photo cache), Letterbox (postal), Wherigo (strategic game), Webcam (web camera instead of the cache).

These web pages are considered as Alpha and Omega of geocaching.  One disadvantage is that these pages are available only in English language.

At present there are 10 caches placed in Bohumin. Four caches are located in Stary Bohumin and among one of the most interesting is ranged a multicache named “Deep into a heart of Amazonia” (formerly known as a “Mystery river”). The author of this cache focused on a route along the river Odra. Within a few stops it’s possible to get to know not only the river Odra, but as well its neighbourhood from another point of view. The final cache is placed on a lovely site.

Next cache is “Bogun - Stary Bohumin” what is an interesting multicache as well, oriented on the historic sites of Stary Bohumin e.g. Park of the hospital founders, the Church of the Virgin Mary of Stary Bohumin Birth, or the border bridge over the river Odra. Among the traditional cashes is included “Meanders of the Odra river” - this cache focuses on the beauty of the river Odra and is placed near by the river. When searching for the cache, players will take a turn along the Kalis’s lake and a neighbouring forest. For the military history fans there is a traditional cache “Infantry blockhouse MO-S5 En route”. The cache is devoted to this blockhouse and its history.

Five treasures are hidden in Novy Bohumin.. Three multicaches, two traditional caches and two mystery caches. One of these three multicaches named “Tram depot of Bohumin” is devoted to the former tram route on the territory of Bohumin. In a few stops is possible to take a turn along the most important localities connected to trams in Bohumin. The second multicache named “Oderberg-Annaberg Bahn Jubileum“ is a bit of a tour. The author devoted it to the160th anniversary of railway connection to Austria and Prussia. To gain all indicias it is necessary to visit either neighbouring Poland but placement of the cache is on the territory of Novy Bohumin. The last of all multicaches is named “Silesian brick architecture”. Since Bohumin became important because of its buildings made from red bricks from the architectural point of view, this cache is devoted mainly to these buildings. A walk not only through the downtown wants to make players more familiar with the history of such outstanding architecture. For more thick-skinned “kacers” there is offered the mystery cash named “Quo vadis?” which shows the players round one of the Bohumin’s parks. To find the cache is necessary to master the English language because the whole game is accompanied by an English speaking guide. A bit easier but much nicer is the mystery cache „Junction of the rivers Odra and Olza“. The cache starts on the main square T.G.Masaryk at the fountain named Junction of the rivers Odra and Olza. At that place it is necessary to find out a few indicias, and thanks to them players are able to get closer to both rivers. But the task is not as easy as it seems to be, the author prepared some surprises for players which could make finding the cache more complicated in the end.

Hardly anybody knows that a port enabling freight transport was built in 70th of the last century in Bohumin. A few experimental boatings followed and proved that this transport was applicable. But in the end the intention to use it for a boating transport was abandoned. The port situated in Kopytov remained on the place of its establishment. And the author of next cache “The port of Bohumin” devoted it particularly to this port. It’s not very demanding cache accessible for everybody e.g. when riding your bikes.

The latest cache is placed in one of the town districts – in Zablati. Considering that Zablati is the highest place above the sea level in Bohumin (248 m a.s.l.) so that’s why the name of the cache is “The top of Bohumin - Zablati Hill”. The author did his best regarding the placement of the cache, its placement is considered genial, and when we take into account a view to the near-by Iron works, no doubt that this cache is really worth visiting. This traditional cache is connected to the former port of Bohumin on the river Odra. On the Polish territory near by Stary Bohumin is placed another traditional cache named “The castle of Bohumin”. As already the name suggests, the question is about the little castle in Chalupky which in the past used to be a part of Bohumin.

The city of Bohumin offers to all “kacers” interesting adventures when searching for caches in different parts of the town. And for sure everybody will be satisfied :o) 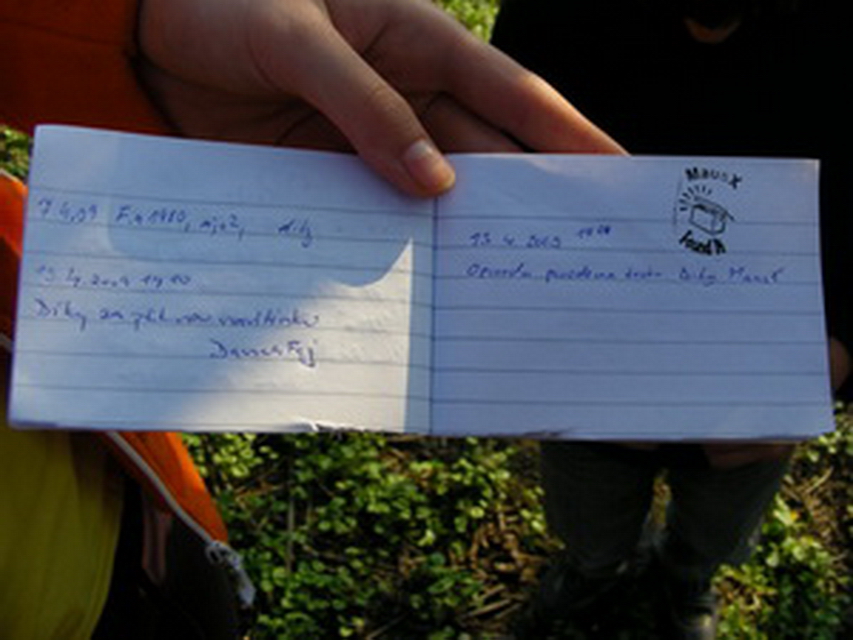 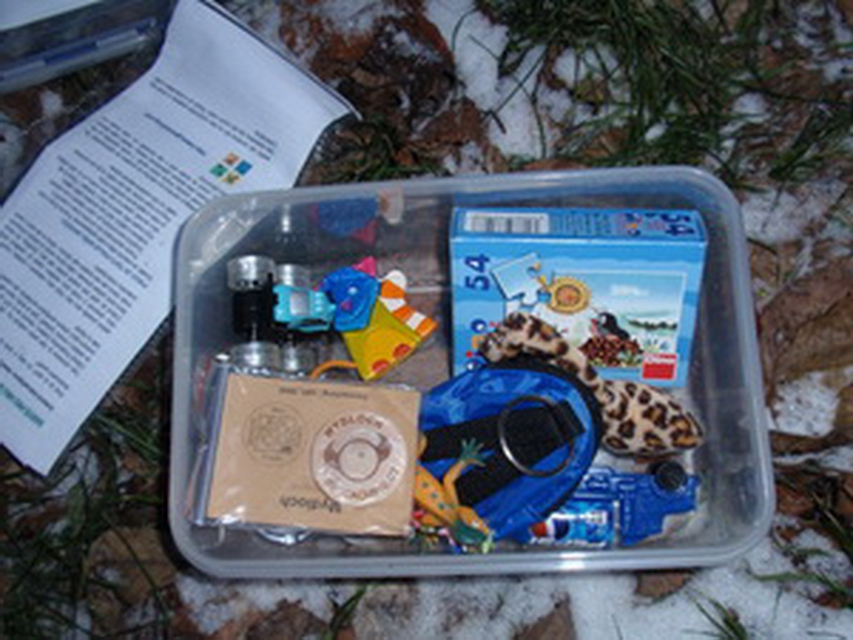